I love the way I can just forget about the whatever I am making in the slow cooker and get on with other things while it proves and then bakes. Perfect for a day at home with an active nearly three-year-old! Read on for the recipe for slow cooker spinach and feta focaccia.

Since I have had success with making bread in my slow cooker before (pesto twist loaf, rosemary and olive bread, apricot and sultana loaf, chocolate chip brioche), it was a no-brainer for me to turn to the slow cooker again to make focaccia with toppings for work lunches. 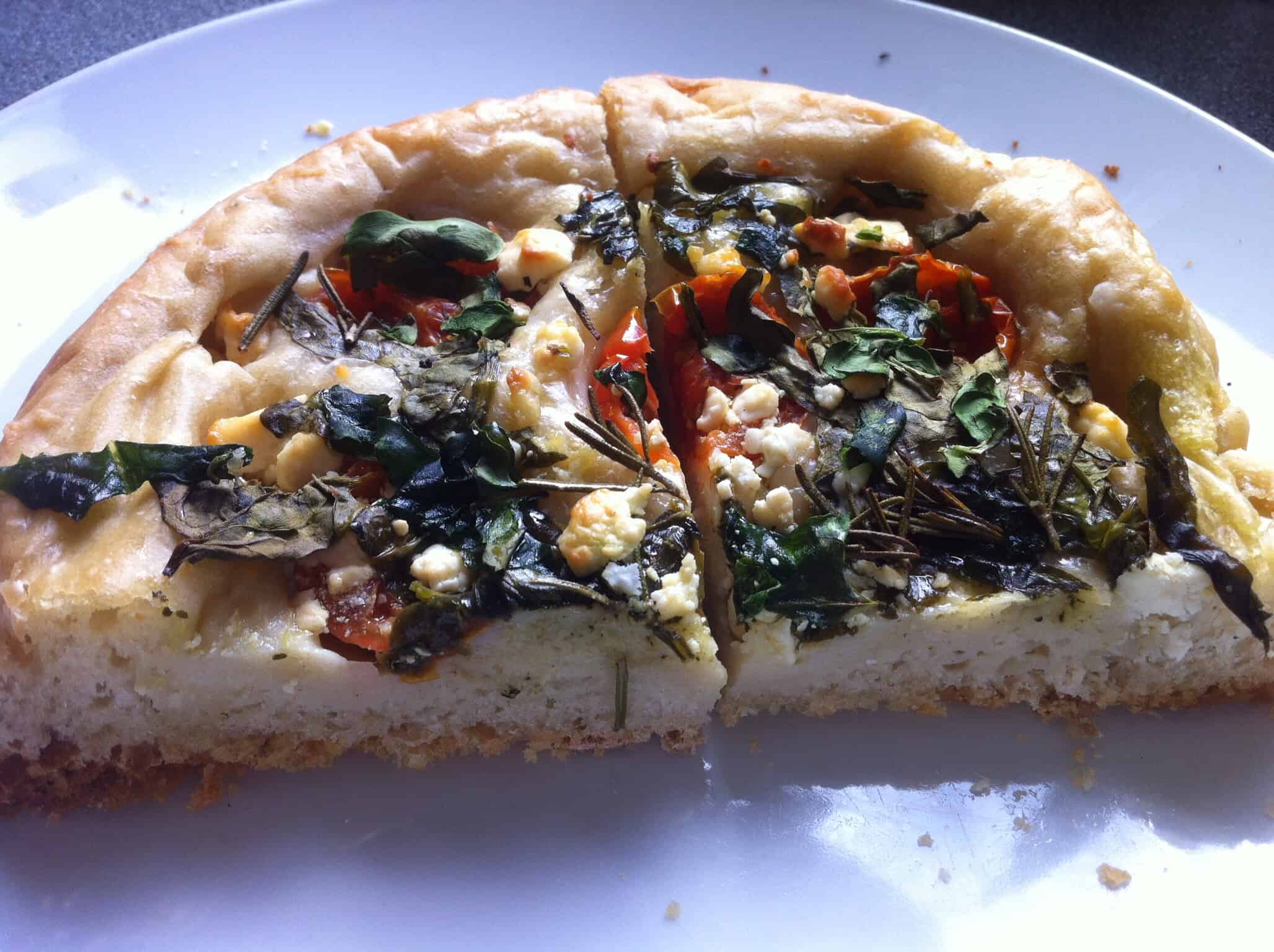 How to Make a Focaccia with Toppings in the Slow Cooker

The base of an oval slow cooker is just the right size to bake a focaccia loaf. You can either use a bread recipe from scratch as I’ve done here or even a packet focaccia mix if you want to save a little time (no need to weigh out the ingredients).

Make your dough, knead until elastic and then leave to prove in a bowl for an hour. Once risen, you can get going with the slow cooker part.

Knock the dough back so it deflates and shape to an oval the size of your slow cooker. Place on baking paper and put it in the slow cooker pot. 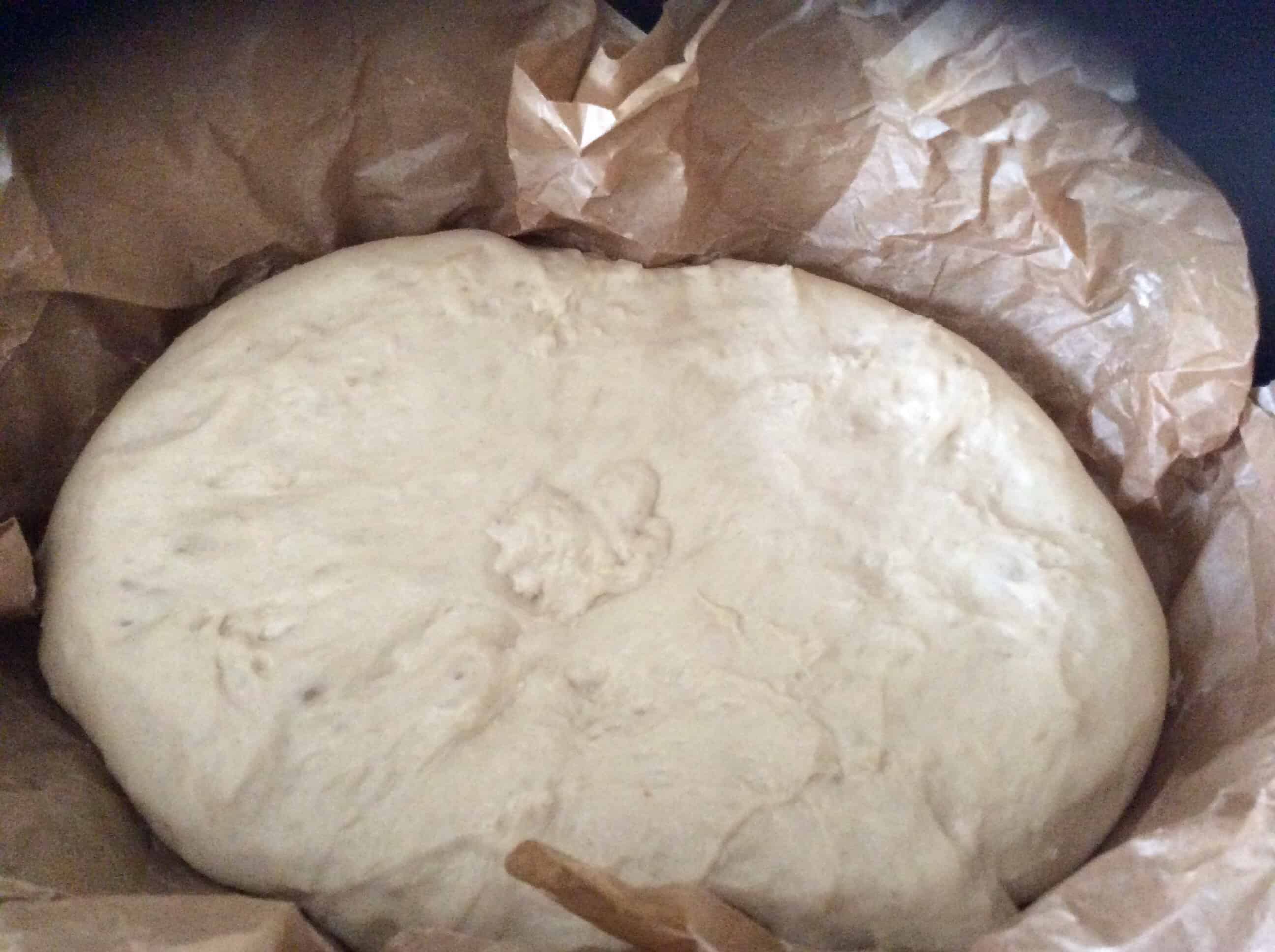 After an hour on low for the second prove, the dough will rise again. 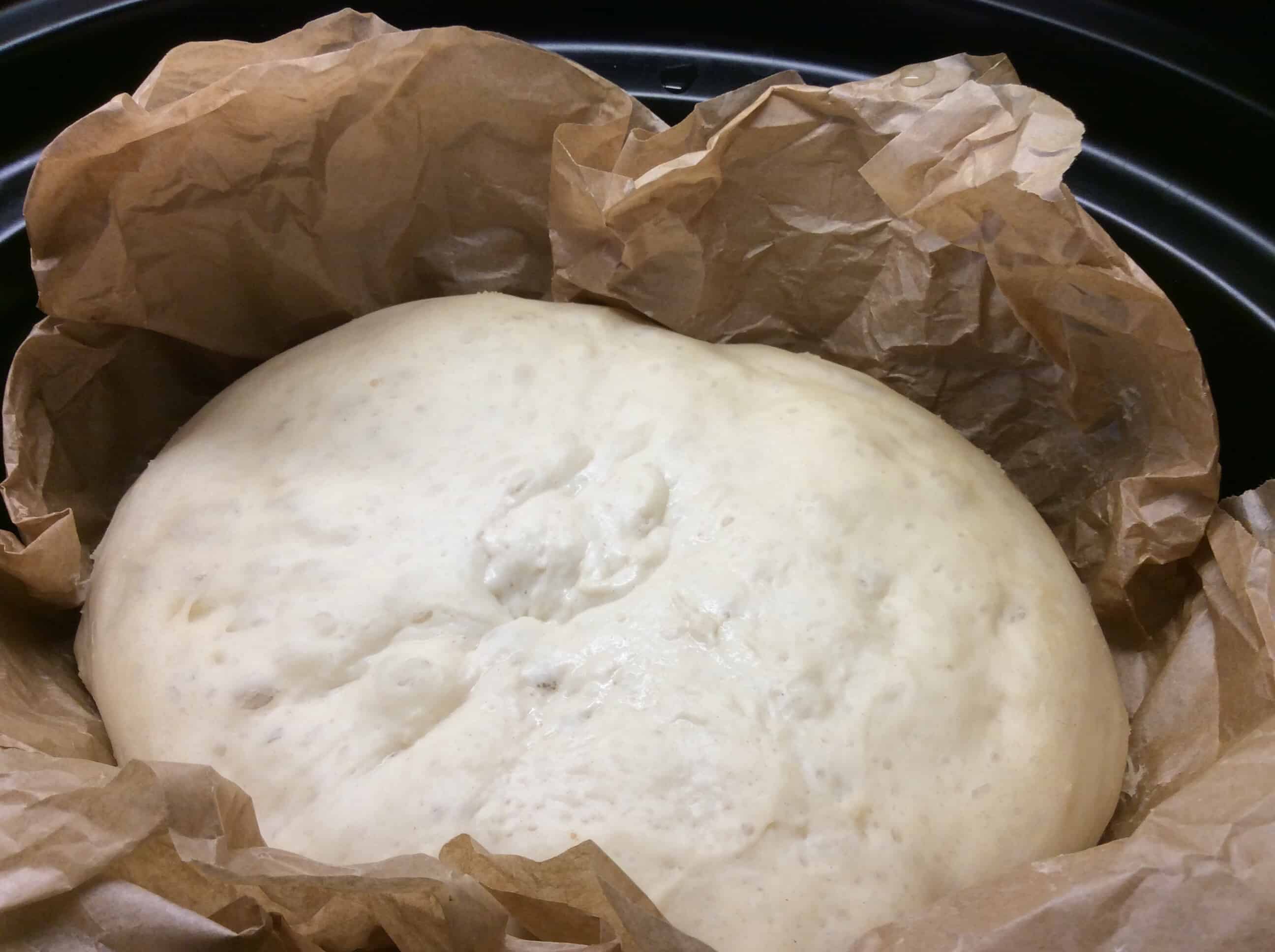 Now drizzle the dough with olive oil, and make some holes with the end of your finger to push in the halved tomatoes and crumbled feta.

Scatter chopped spinach and rosemary leaves on top. Drizzle over a little more olive oil, and some sea salt, and it is ready to switch onto high to bake. It almost looks good enough to eat already! 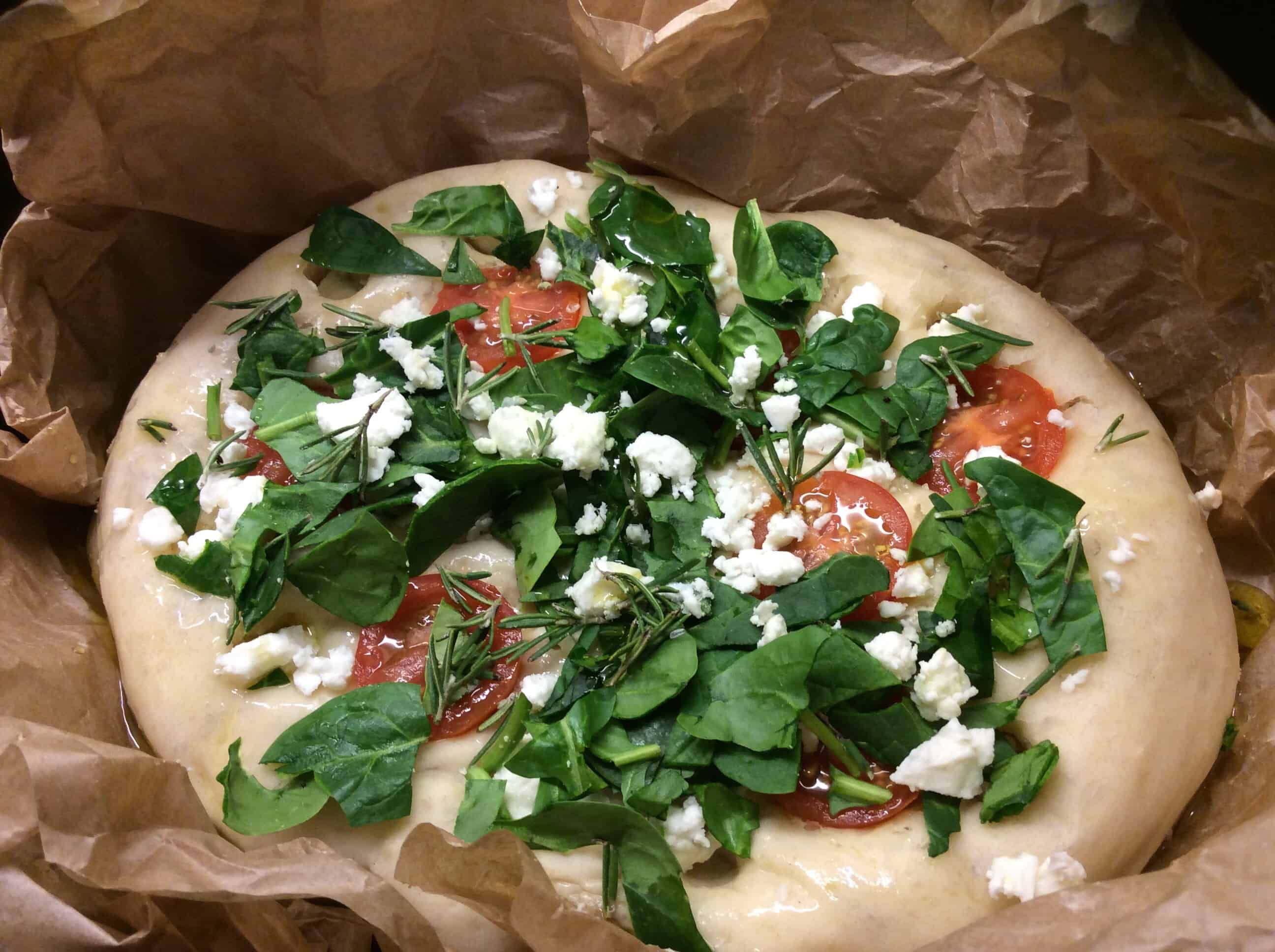 Bake for approx. 1.5 to 2 hours on high, checking regularly. Put a tea towel under the lid to catch drips and stop the focaccia getting wet.

You’ll find the focaccia bakes well with browning around the sides. 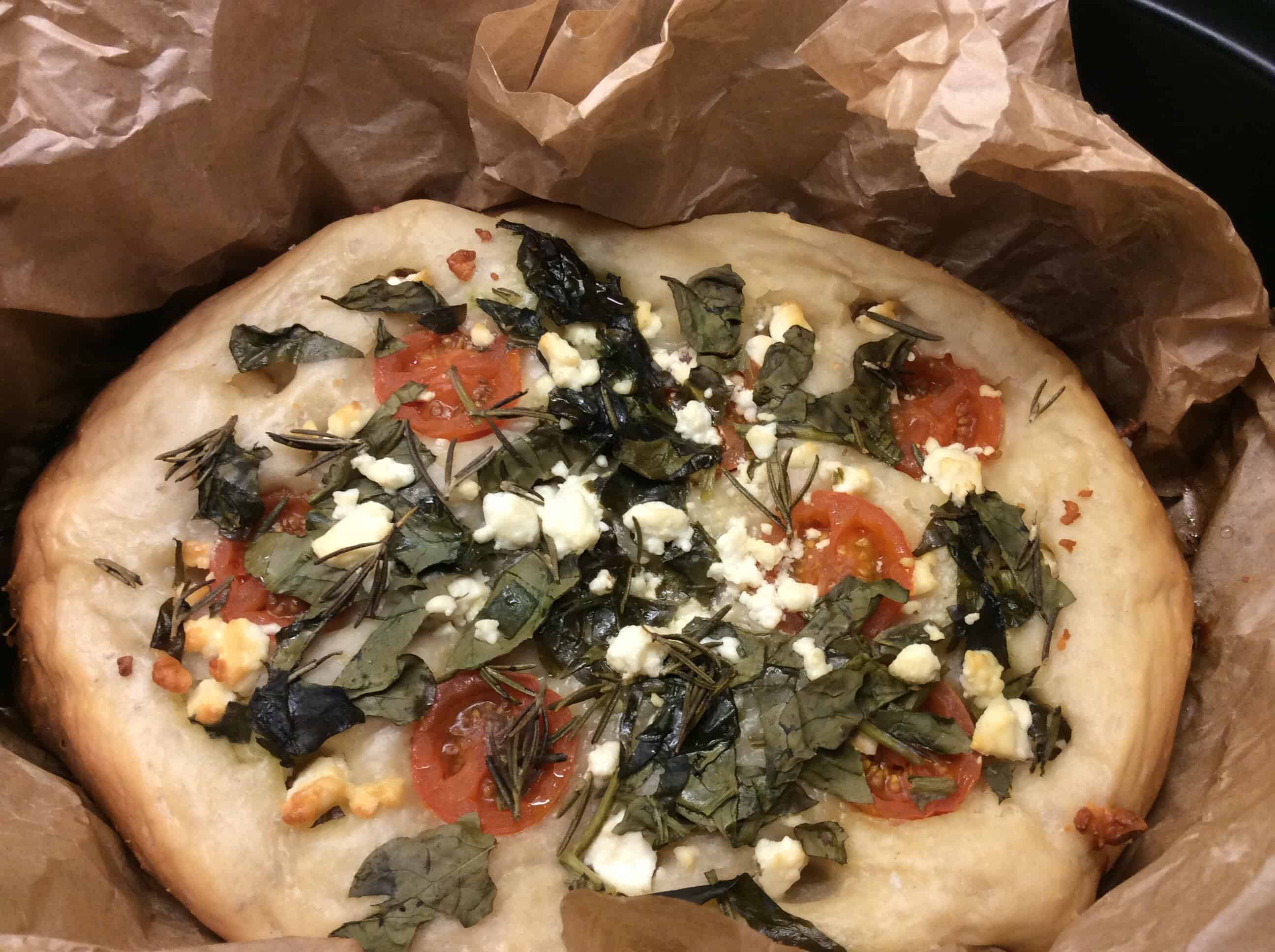 To brown off the top a little more, place it in a hot oven or under the grill/broiler for five minutes. 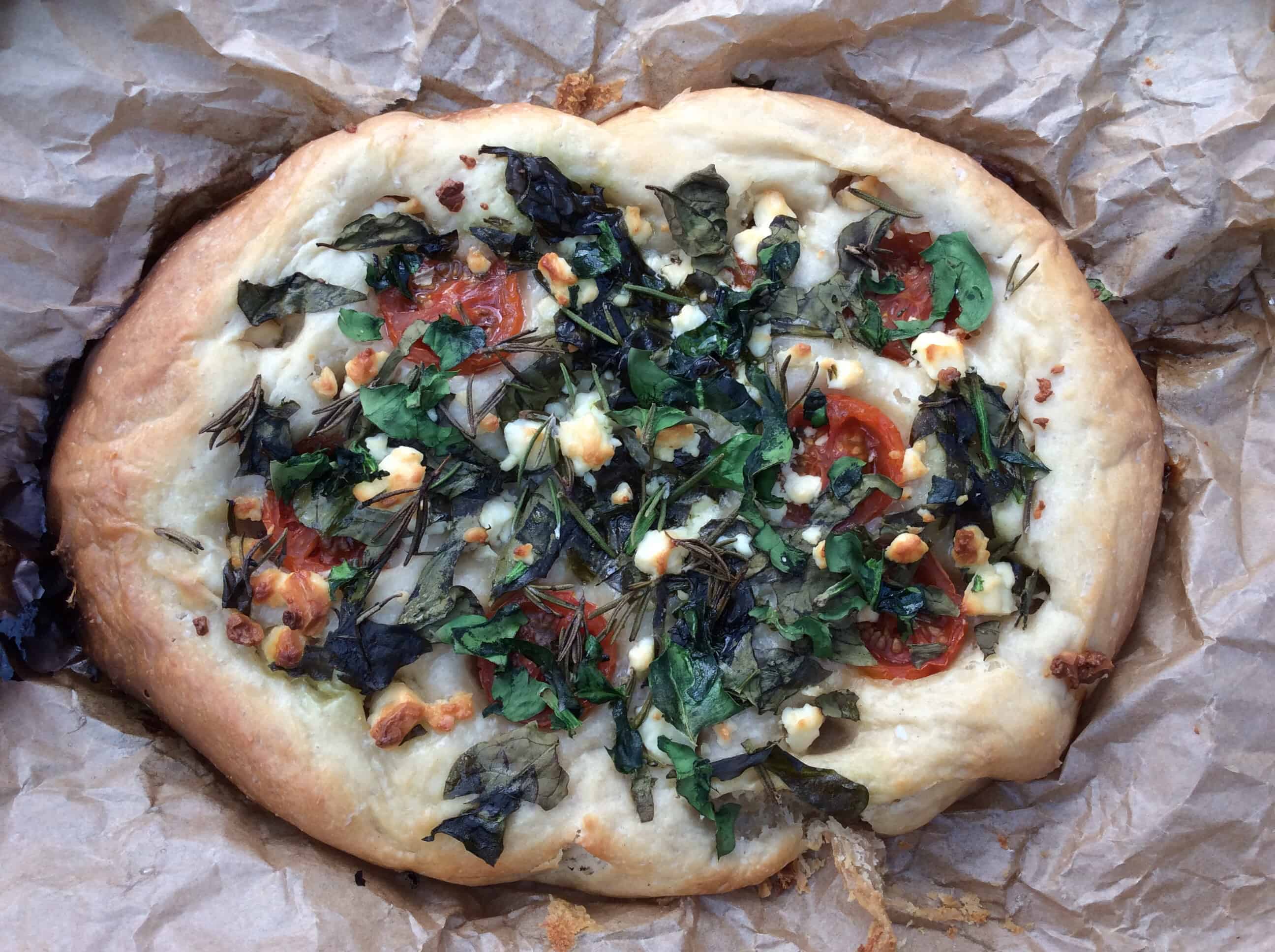 This was absolutely delicious for work lunches, and was enough for two days eaten in its own. If served with a side salad it could even make four servings.

At approx 300 calories per quarter focaccia, this can be included in a healthy eating plan.

For more focaccia recipes, why not check these out:

Pin this slow cooker spinach and feta focaccia for later: 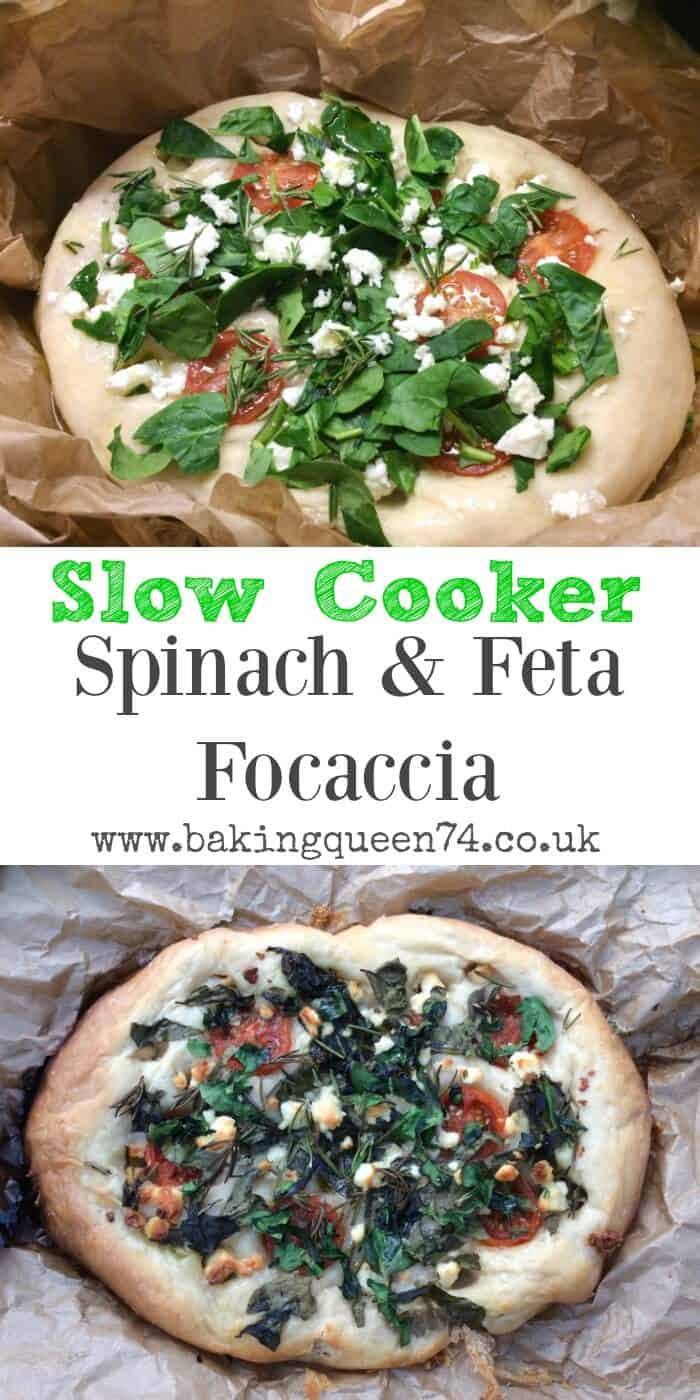 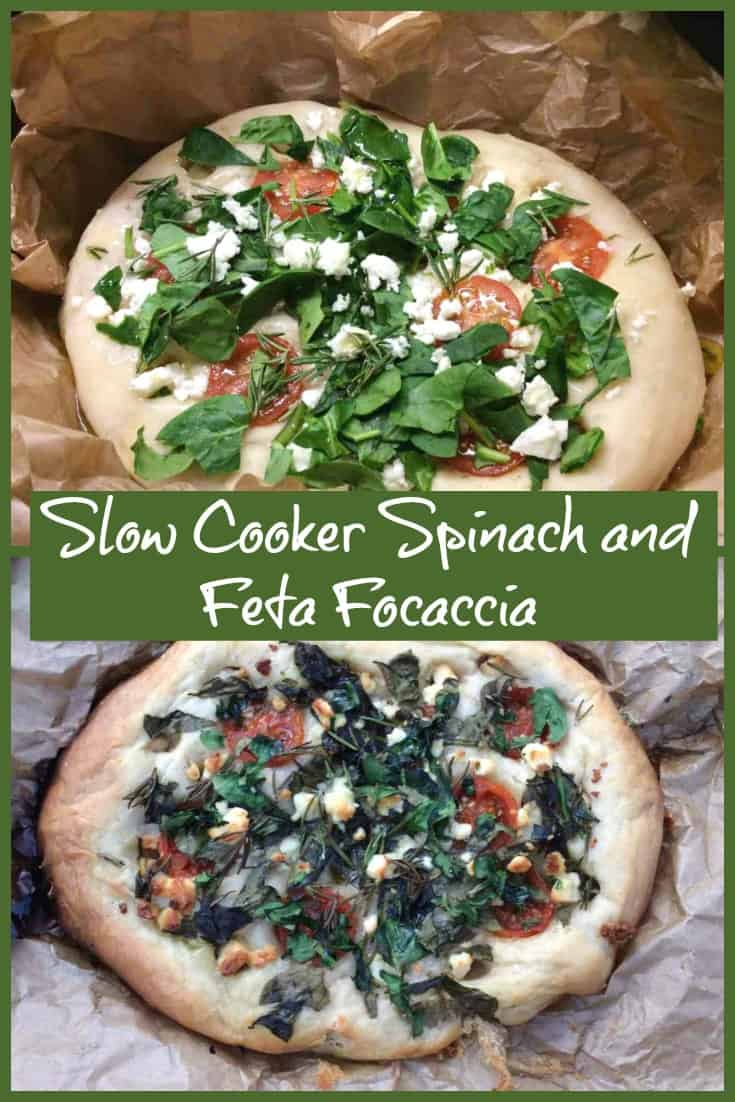 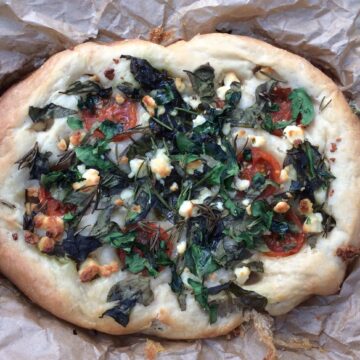 Focaccia recipe: Adapted from Paul Hollywood's recipe for focaccia from The Great British Bake-Off:
Did you try and love this recipe?Then please leave a review and rating in the comments at the bottom of the post. If you post your creation on Instagram, tag me @bakingqueen74 or use hashtag #bakingqueen74!
« Caramel Scones
Slow Cooker Chocolate Dumplings »