So it is now September and the Cake and Bake Show is fast approaching. The London show takes place at the Excel Centre from 2nd to 4th October, followed by the Edinburgh show at The Royal Highland Centre from 30th October to 1st November, and the Manchester show from 12th to 15th November at Event City. I’m looking forward to going to the London show once again, in its new home.

Exciting news for all GBBO fans – this year for the first time the show will feature The Great British Bakeoff Live. 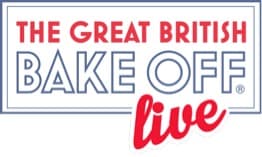 With the current series pulling in record ratings, The Great British Bake Off, created and owned by Love Productions, has become a television phenomenon.

Now fans of the show and lovers of baking will be able to indulge their passion for baking with the Cake & Bake Show, which will feature a live Great British Bake Off stage. Expect to see some of the stars from the current GBBO series as well as former champions, John Whaite, Jo Wheatley, runner-up Brendan Lynch and plenty more. 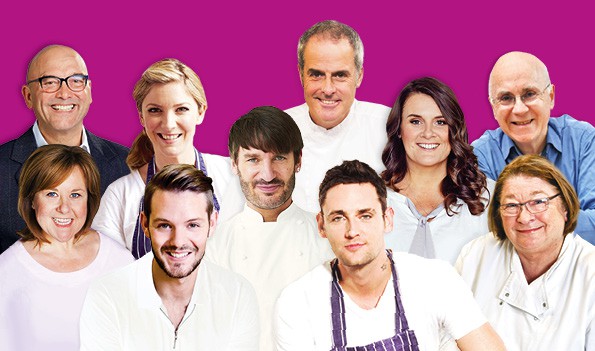 Whether amateur, hobby or professional baker, visitors to the show will be able to pick up baking tips and recipes from famous GBBO faces. Keen bakers will also get the opportunity to bring in their own bakes to The Great British Bake Off Live section at the show for the celebrity bakers to taste.

There’s even more for visitors to enjoy too, because joining the current and former GBBO contestants will be even more celebs. Getting into the mix with the Cake & Bake Show will be foodie expert Gregg Wallace, celebrity chef Rosemary Shrager, Aaron Craze of Saturday Cookbook, actress and winner of Celebrity Masterchef Lisa Faulkner, TV chef Phil Vickery, master pâtissier and celebrity chef Eric Lanlard, as well as Coronation Street star and Celebrity Masterchef finalist Wendi Peters.