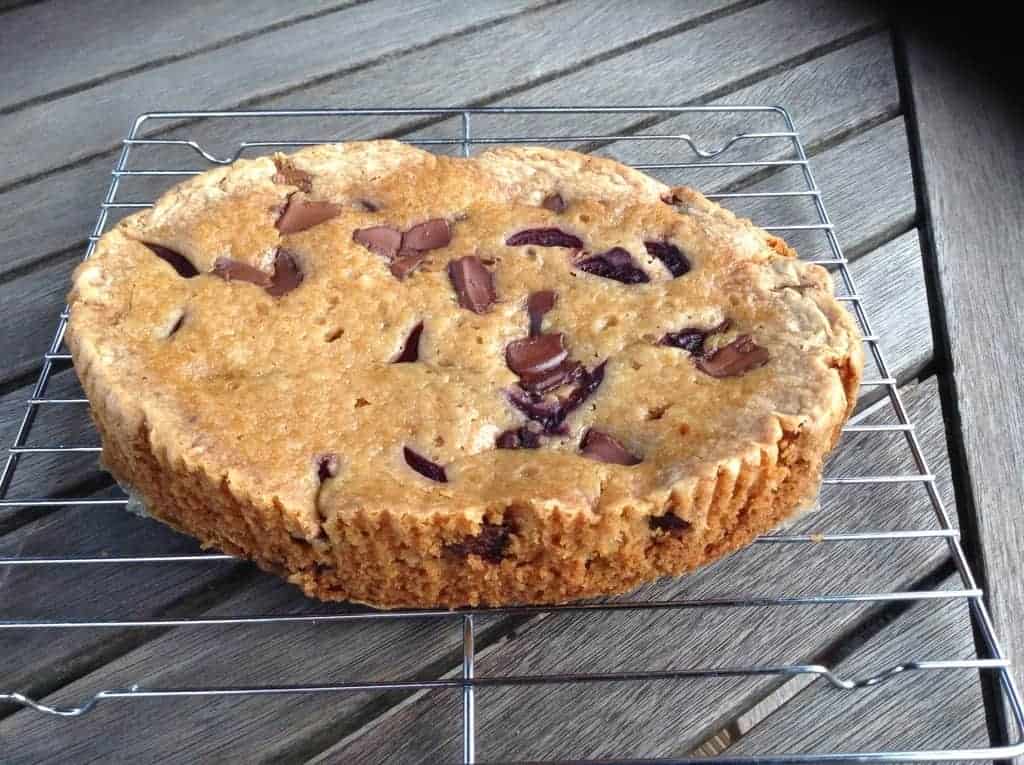 Of course I did add some chopped chocolate to the mixture! Today I had some lovely juicy fresh cherries so added a few of those too. Not too many though as they were so juicy I though they would make the batter too wet. 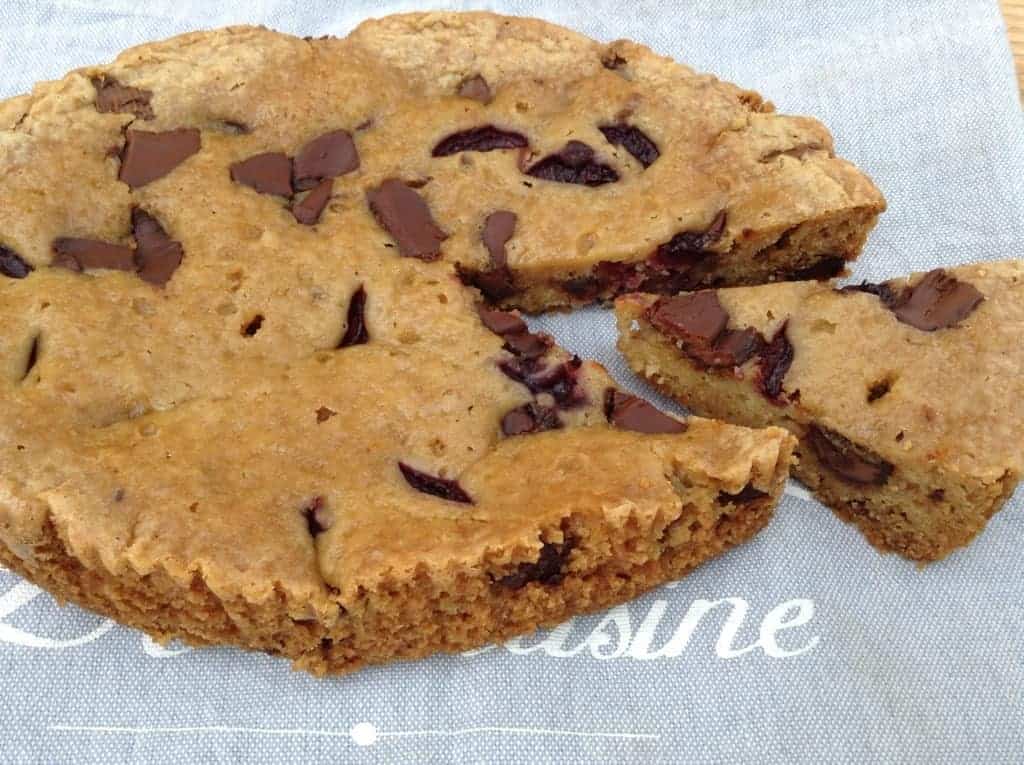 Baking in a slow cooker is one of my favourite pastimes. Do other things while you bake and with excellent results! The slow cooker’s gentle heat means it won’t burn quickly and your bakes will be wonderfully soft. Check out all my slow cooker bakes in my recipe index. 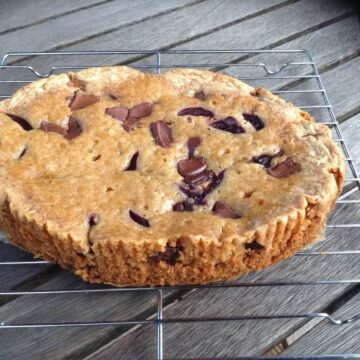 After an hour of cooking in my slow cooker: 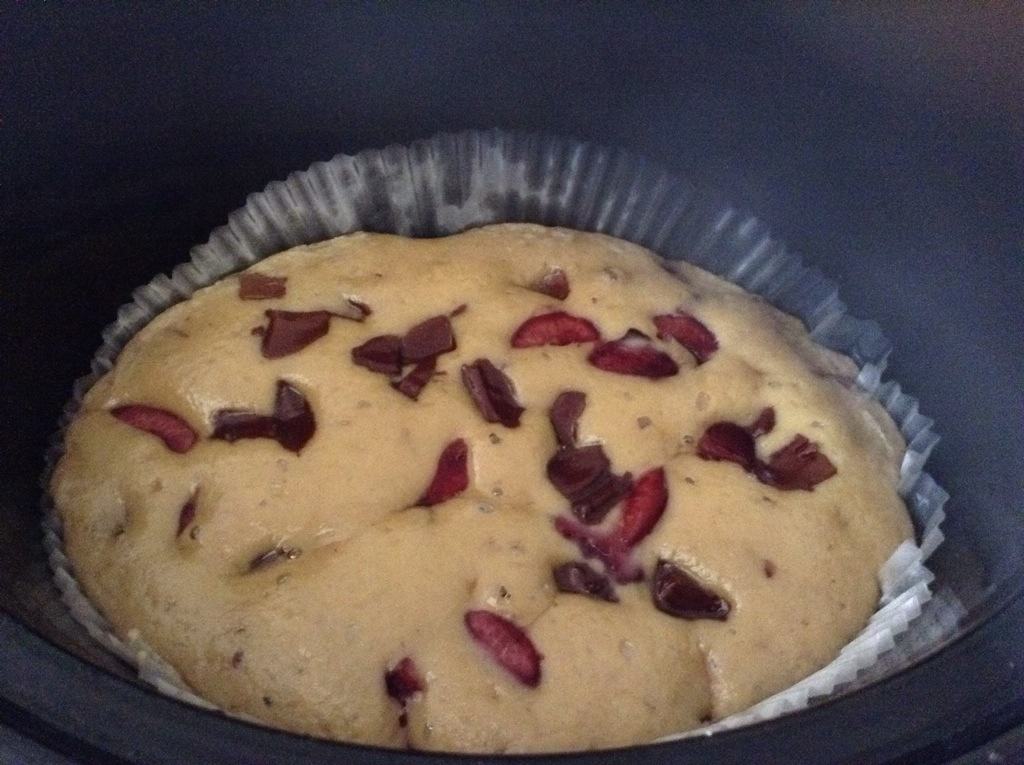