When it is so cold I really enjoy a hot dessert to warm me up. Of course the traditional British dessert has to be a crumble, and I really enjoy apple crumble. But if you want to make the most of the seasonal fruit it is nice to try something a bit different.

I had a couple of punnet of plums to ripen at home, they are cheap and last quite a while, and their sweet mellow flavour is great. Add to that a bag of red or blood oranges which are also in season right now, and a plum and blood orange cobbler was the result. 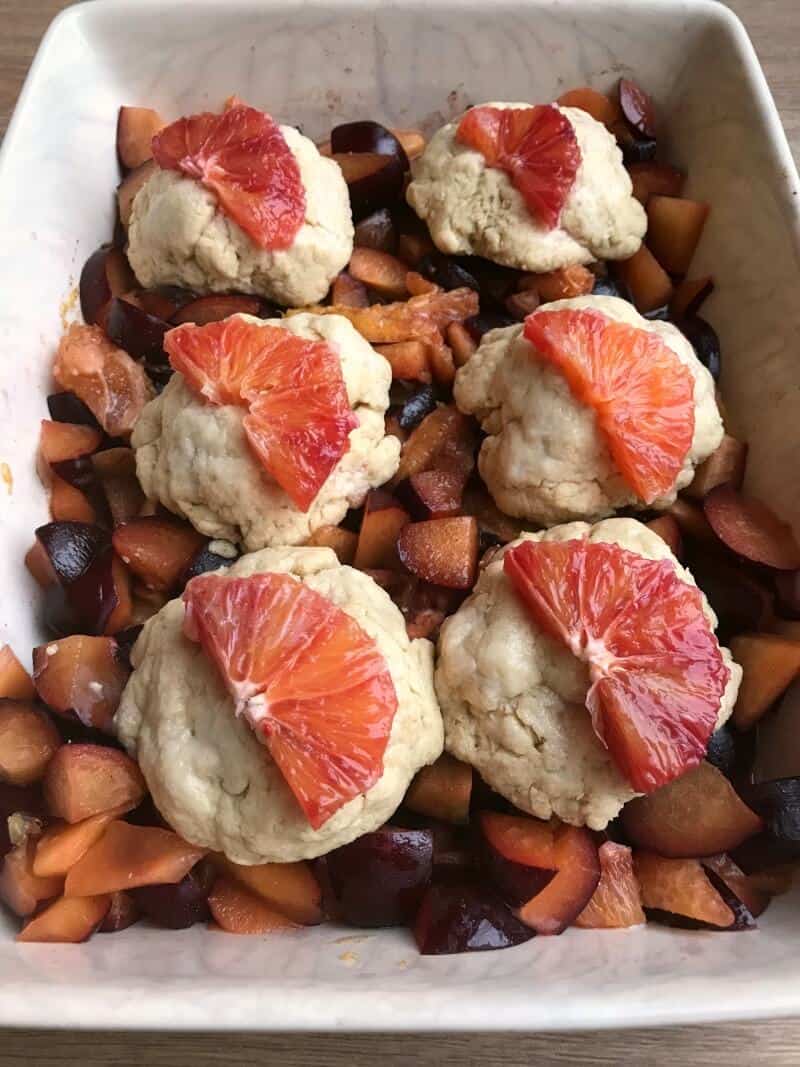 Blood oranges are such a vivid colour, their blood red juice and flesh works so well in a whole host of recipes. I’m pinning loads of blood orange recipes on Pinterest right now as a lot of food bloggers are enjoying them too.

Plum fillings in cobblers or crumbles often have orange juice and cinnamon to enhance the flavour of the fruit, so I thought I would try incorporating blood orange into a plum cobbler with a scone topping and see how it would turn out.

Happily it turned out to be a tasty combination and this dessert was delicious with double cream on the side. 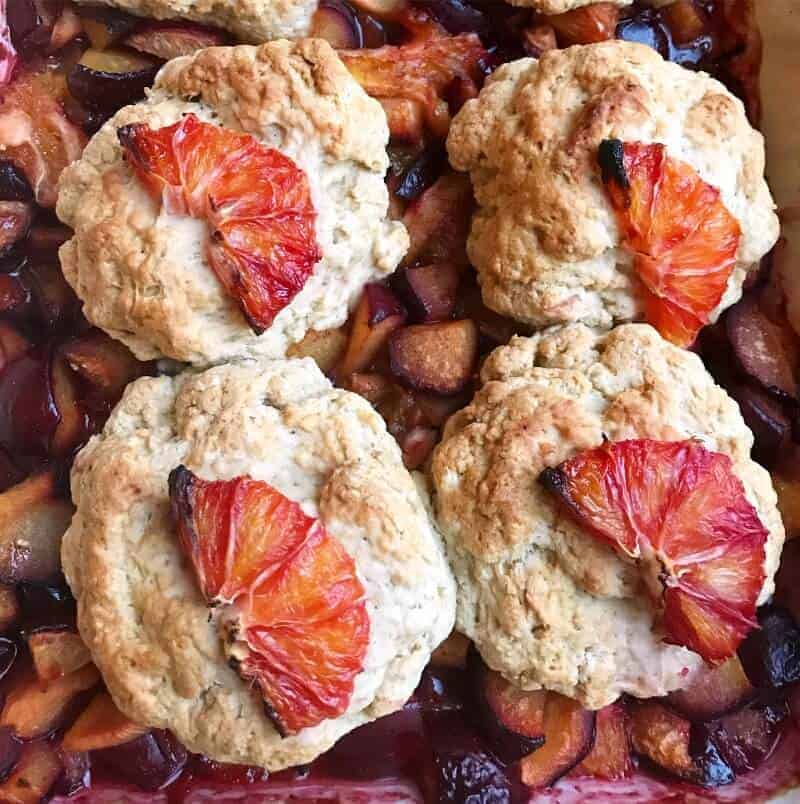 Even the fruit filling on its own had such a warming flavour from the added spice. Perfect to warm you up on a chilly day when the temperature has not hit double figures.

I reduced the sugar in the fruit so the orange adds a nice tang in contrast to the sweetness of the plums, delicious! The sumptuous colours of the fruit are just so pretty too. 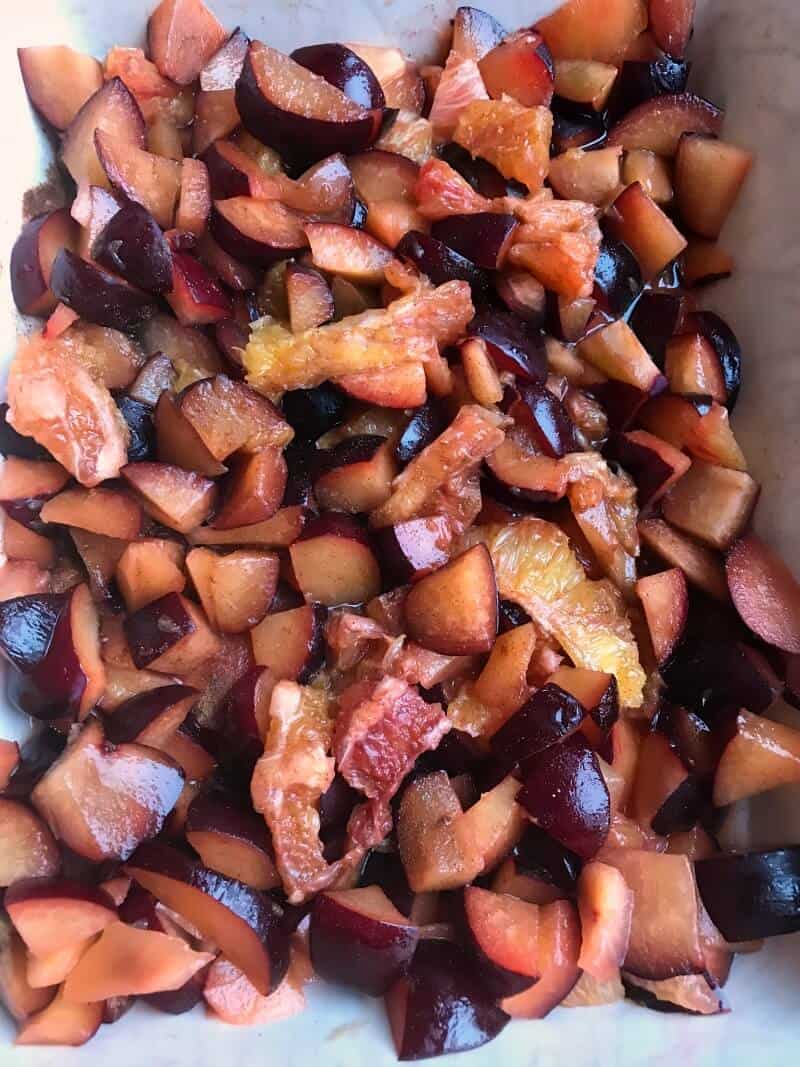 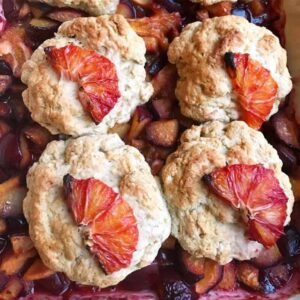 For the cobbler topping:

Did you try and love this recipe?Then please leave a review and rating in the comments at the bottom of the post. If you post your creation on Instagram, tag me @bakingqueen74 or use hashtag #bakingqueen74!
« Mint Aero Chocolate Fridge Cake
Slow Cooker Creme Egg Shortbread »