Autumn is here, and Halloween has just been upon us, and I have been making use of pumpkin in my baking in both slow cooker pumpkin apple bread loaf and a pumpkin pie.

I adore the mellow flavour of pumpkin, and used it here in my lightly spiced fruit loaf (not a cake, but a yeasted bread) and also in a traditional American pumpkin pie.

The pumpkin pie was made using tinned pumpkin puree (Libby’s brand, I got it in the World Foods section of my local supermarket) using a traditional American recipe also containing condensed milk.

The pumpkin apple bread loaf used up the discarded flesh from the pumpkin we carved for Halloween. I also added some apple, sultanas and cinnamon to give it more flavour.

The recipe I used for the pumpkin pie is here on allrecipes.com. I add a sweet shortcrust pastry case, which I blind baked first, before adding the filling. The pie was beautiful as it baked and rose in my oven. 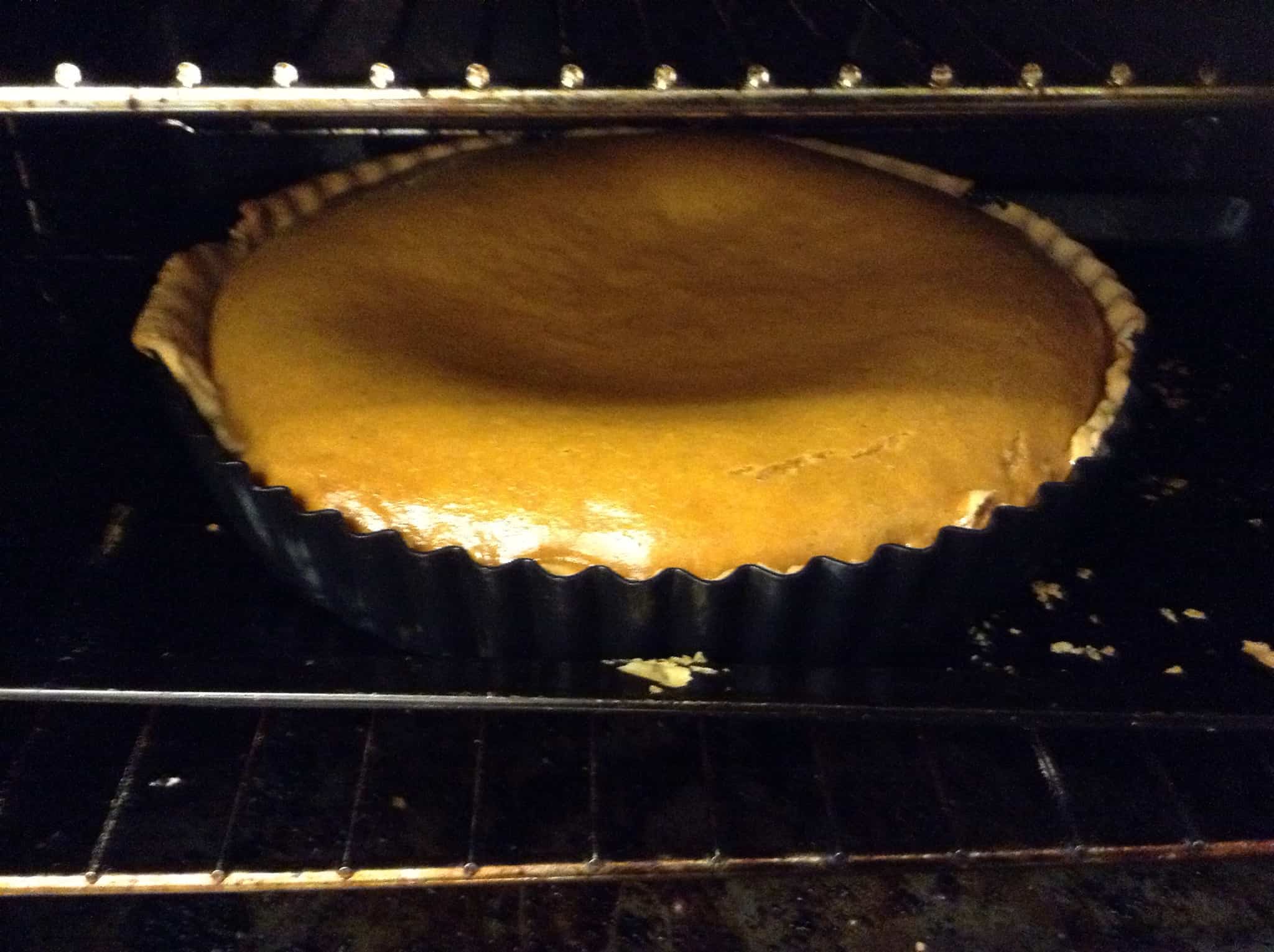 The finished pumpkin pie was delicious and went down well on Halloween. The spices made it a really deep colour with delicious autumnal flavours. 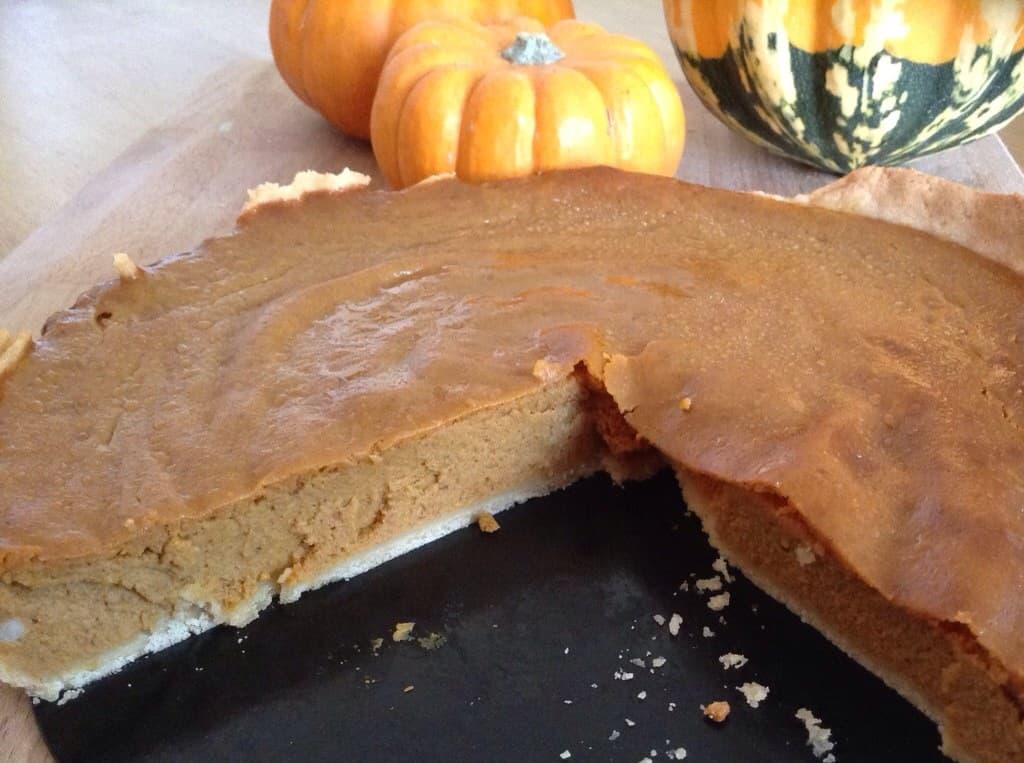 I used up our leftover pumpkin from our Halloween lantern in the slow cooker pumpkin apple bread loaf I baked. The pumpkin gave it a delicate flavour and colour, and the apple and sultanas added a bit more sweetness.

The bread was very popular with my children as an after-school snack, and also went well with a bowl of soup for me! Have you baked bread in your slow cooker? If you want to know more about slow cooker baking don’t miss my post on baking in the slow cooker, with a whole section on slow cooker bread! 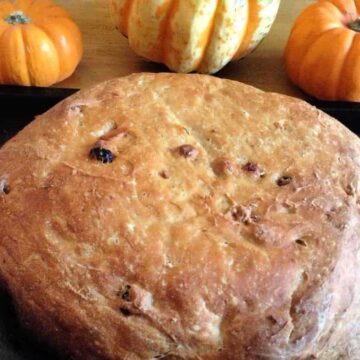 This loaf was made in a large 5.7 litre slow cooker
Did you try and love this recipe?Then please leave a review and rating in the comments at the bottom of the post. If you post your creation on Instagram, tag me @bakingqueen74 or use hashtag #bakingqueen74!
« Slow Cooker Falafel (Slow Cooked by Miss South)
Gingerbread Friands »