This week I have made cinnamon shortbread with added currants. I just made a small batch of 12 slices (some seem to have disappeared in this photo, I can’t imagine where to!) as this will be plenty for us over the next couple of days.

I love a quick and easy bake in the week for a quick treat for my kids after school. As I still have loads of dried fruit to use up after Christmas, I am adding raisins, currants and whatever else I can find in my store cupboard to all of my bakes recently, like my cranberry and ginger oatmeal cookies last week for example. 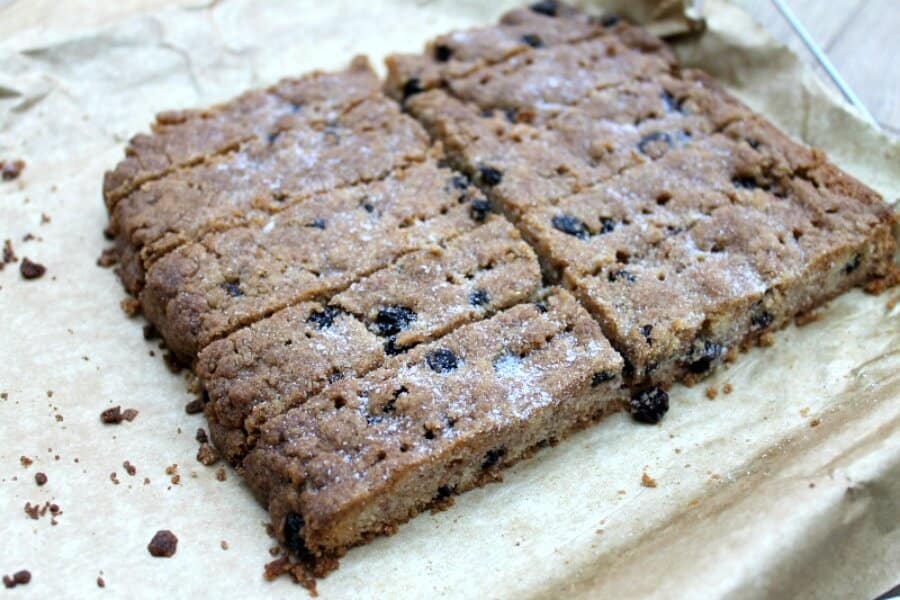 These cinnamon shortbread fingers look very rustic as I made them quickly, but I think that adds to their charm! After all, the taste is more important, right?

And there certainly is bags of flavour here. Cinnamon is used in a lot of my baking to add a hint of warmth and that familiar flavour which I think you need in a lot of cakes and biscuits. In shortbread it adds extra flavour to that buttery biscuit. 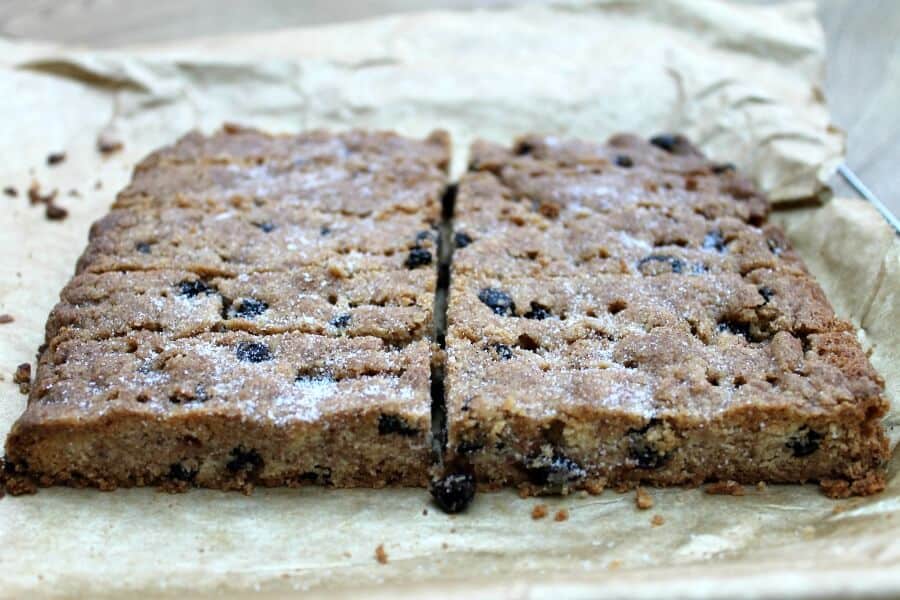 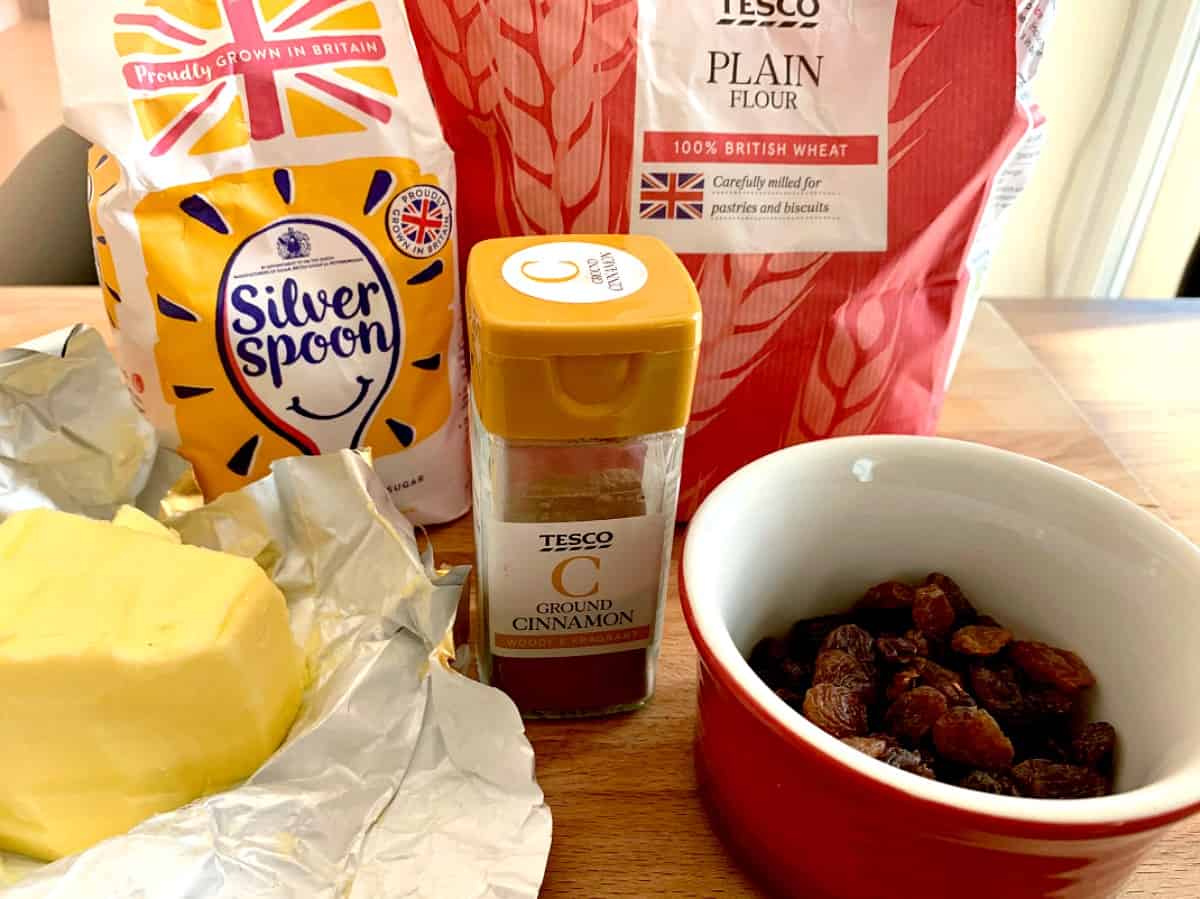 What is your favourite traditional bake? Along with shortbread, scones, Victoria sponge, bakewell tart and tea loaf are some of the classics.

Find all of my baking recipes in my Recipe Index. 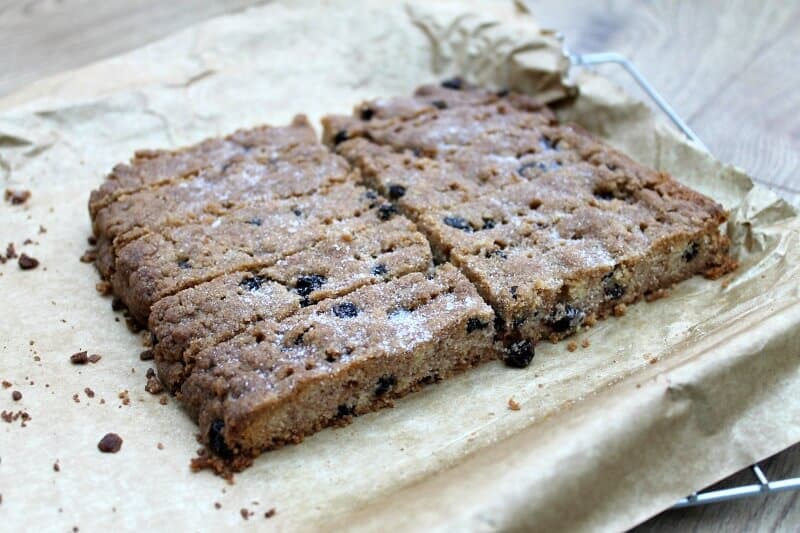 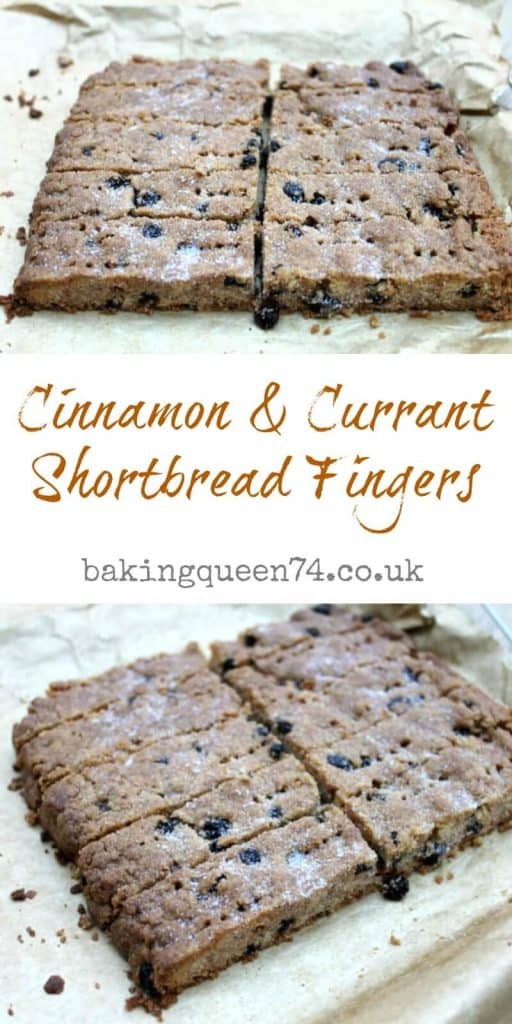 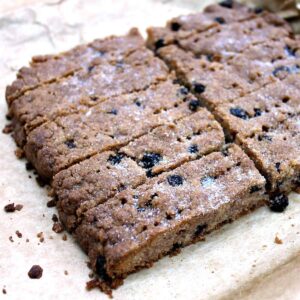 Did you try and love this recipe?Then please leave a review and rating in the comments at the bottom of the post. If you post your creation on Instagram, tag me @bakingqueen74 or use hashtag #bakingqueen74!
« Slow Cooker Gnocchi with Cannellini Beans
Slow Cooker Chicken Tagine with Sweet Potato »