We’re not gluten-free at my house so I haven’t baked gluten-free bread before, or even used gluten free flour. When I saw they were baking gluten-free pitta breads on the last instalment of Grear Brtitish Bake-Off, I was a bit tempted to try them out! After baking my meringue and cream creation last weekend, as well as a Victoria sponge for my husband’s birthday and a raspberry and blackberry pie, I was a bit caked out, which ruled out the sugar-free cakes. The dairy-free ice cream roll didn’t appeal either.

So I set about to bake a small batch of the gluten-free pitta breads following Paul Hollywood’s recipe as used on the show, though without nigella seeds as I didn’t have any. Psyllium powder seems quite tricky to get hold of at supermarkets or in shops, but Amazon Prime came to the rescue, delivering to me on a Sunday lunchtime, less than a day after I placed my order. So there was nothing to stop me. 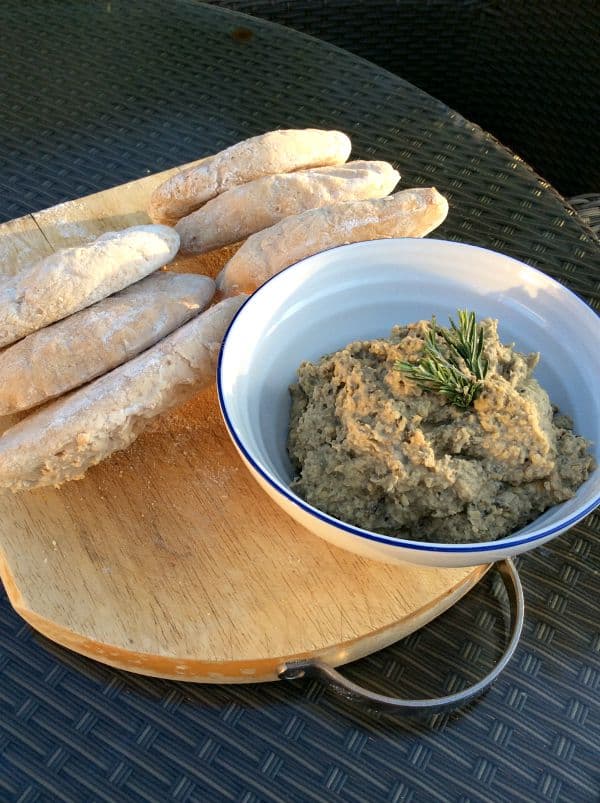 I made half the amounts given in the recipe I linked above, to make six pittas. Having never used gluten-free flour before, it was quite an experience! I am so used to a sticky dough which becomes smooth and elastic as you knead, and less sticky. This dough didn’t do that at all! The psyllium powder  and water mixture thickened up like wallpaper paste and the resulting dough was very soft and sticky. I had to add flour every time I wanted to move the dough, even after proving, or it would stick to my hands. The key to shaping them also seemed to be flour. I shaped mine on baking paper dusted with flour then put the baking paper onto the preheated baking trays, It would have been very messy to move them otherwise.

In the oven, the gluten-free pittas did puff up and colour slightly. The ones we’ve tried so far didn’t have pockets though, but they were nice and fluffy and tasted good. Perhaps they were too thick. Sadly I wasn’t paying much attention to the show during this bit! 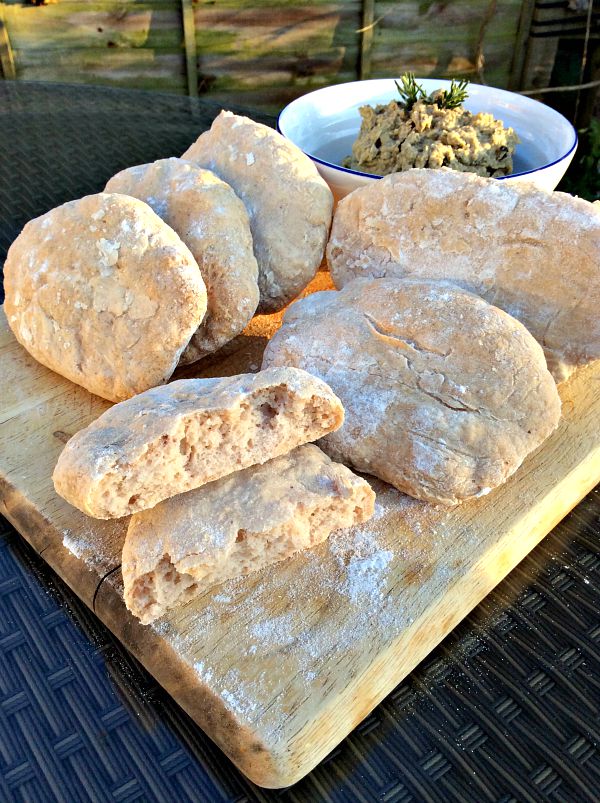 To serve the pittas, I made some olive houmous using a stick blender. It only took a couple of minutes and was really good. I’ll definitely make pittas again, probably not gluten-free next time though, and the houmous is a variation of the normal houmous I make frequently for my youngest daughter who adores it. Today I used lime juice as I didn’t have a lemon, both taste fine.

Simply place all of the ingredients in a bowl and blend using a stick blender, to a nice thick texture. Check the taste and adjust to your own personal preference with more olive oil, lime/lemon juice, salt and pepper etc.

If you fancy trying some different houmous recipes out, here are some more ideas:

I’m linking up with the Great Bloggers Bake-Off from Mummy Mishaps, hosted by Kirsty from Hijacked by Twins this week. I recommend you visit and see what everyone has baked on this week’s theme. There are some lovely sugar-free cakes and more over there!

These look really good, well done for giving them a go! #gbbobloggers2015

thanks Stacey, they were tasty!

You were certainly braver than I! After seeing how hard they were I did chicken out. Even though there are no pockets they look lovely and I bet they were perfect for the houmous x #GBBOBloggers2015

I watched this episode last night and I am interested to try them. I have never had much luck making gluten free bread though.
The olive hummus sounds delicious!

I missed GBBO this last week – and had been wondering about GF pitta bread and whether possible to make – wonder why he used psyllium powder, the husks are used to thicken/add fibre to juices. anyway I think I will definitely try them. Love the olive hummus recipe – my 2 year old will be all over it! :0

I’ve made hummus before and it was lovely. It needs a good dose of garlic which I didn’t add enough of before.

I’ve been following your search to find psyllium powder – good for you, having a go. Who needs pockets?! 😉

Good for you to see you have a go at these, because I thought they looked rather sad on the programme. There is so much more they could have talked about on GBBO re gluten free baking – not least what GF flour is (GF flour doesn’t grow as a crop LOL). I usually make my own blends from whole grain flours like brown rice and buckwheat, but there is SO much to learn about GF baking it will take a lifetime!! Olive houmous sounds like a wonderful accompaniment though! Yum, my kind of food.

Reply
Carrie-Time to be an Adult

Pockets or not these look lovely…perfect for dipping!

I fancied making the pittas this week too having seen the 3 challenges, but the trial loaf I made on the Wednesday (with a pre-mix of gluten flours) just didn’t cut the mustard so it put me off making them.
Out of curiosity, what did you think to the flavour? And did you use a pre-blended bag flour?
The dough, as you say, is so different to a dough with gluten. I shall give them another go at some point though.
Angela x

Love the sound of olive hummus – might make some this week. We get through tons of hummus here so would be good to have a change. Well done for making these – I was too scared! #gbbobloggers2015

they do look nice and big, shame about no pockets but i often tear mine into strips anyway to dip into hummus! they do sound quite sloppy wo work with!
thank you for linking up x

Love the idea of adding olives to hummus. Two of my favourite things! From what I gleaned on GBBO the reason you don’t have pockets is indeed that they are too thick. Bet they still tasted good though!

Ah thanks, I zoned out then I think! I was rushing to make them and should have made them bigger and thinner then. Luckily Paul wasn’t here! 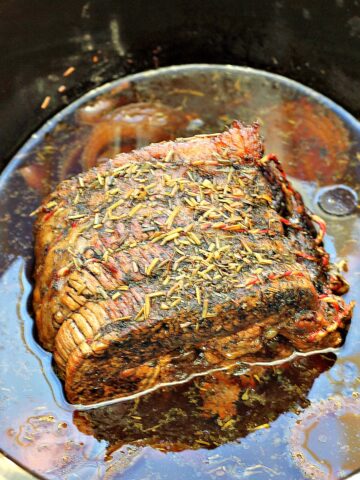 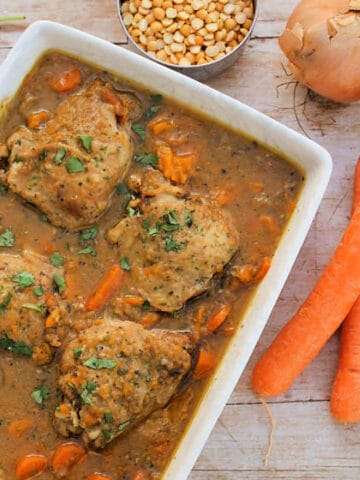 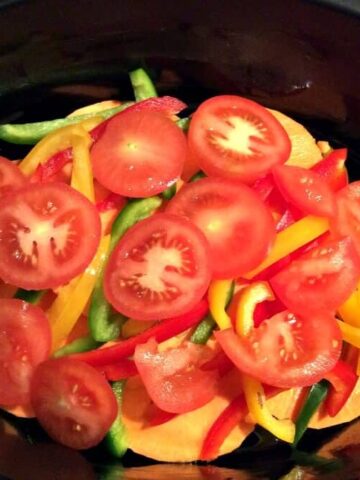 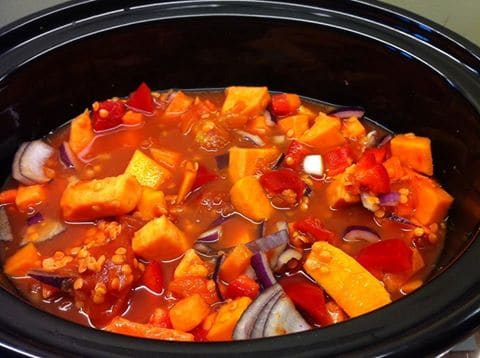 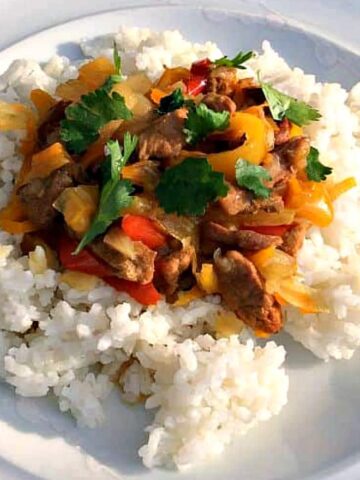 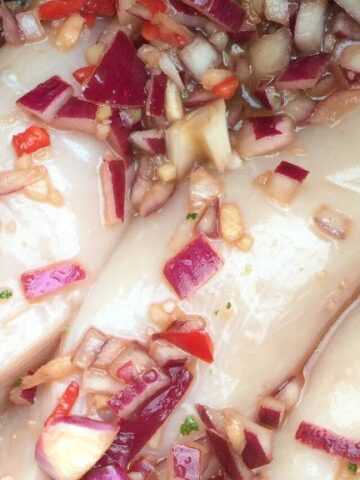 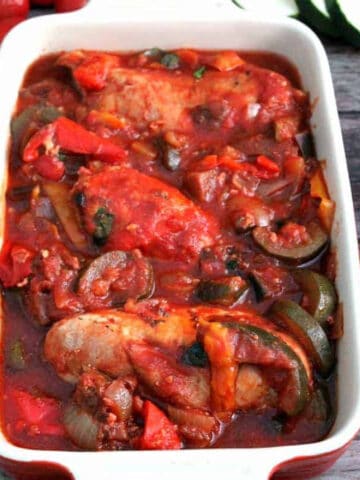