Last weekend I wanted to make some homemade bread to enjoy for lunch. Luckily my children so kindly woke me up early enough on Sunday morning that I had this bread ready even before midday. So while I spent my morning sipping a LOT of coffee, I had something good to show for it!

I’ve made focaccia before in my slow cooker, but this time made it the conventional way. In the past I’ve also made a focaccia with a sweet topping, which was also delicious and rather like a fruit pizza.

This time it was back to basics, and a wholemeal olive focaccia. I used the same recipe I used for my slow cooker focaccia recipe, replacing part of the flour with wholemeal. Again the bread recipe is based on Paul Hollywood’s focaccia recipe, with the quantities halved. 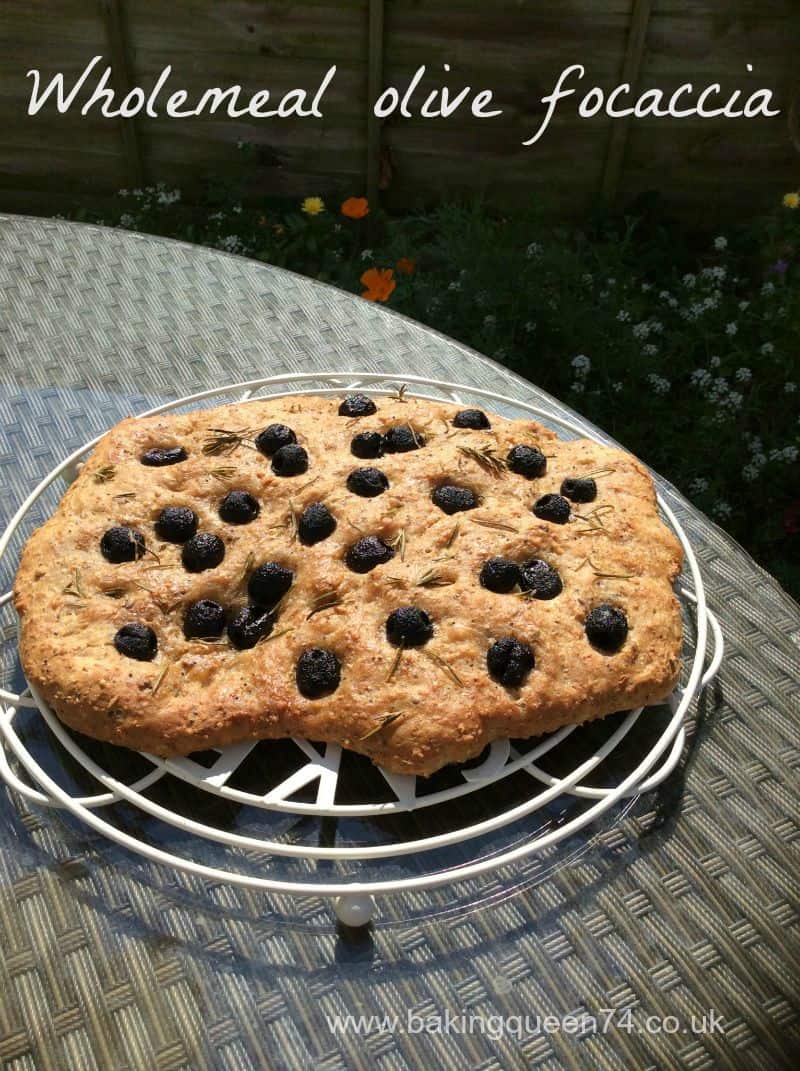 Using wholemeal flour for the focaccia gave it more bite and texture than using white flour, and it tasted great.

I served it with salad and feta cheese for lunch, and the chunks I tore off and ate on their own while it was still warm were also very good! We’ll definitely be having this more often now, especially in summer. 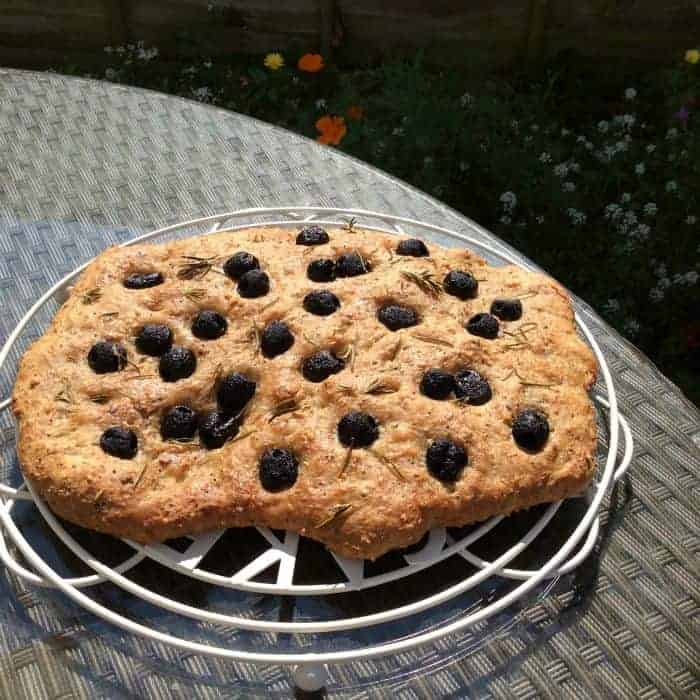 For more focaccia recipes, why not try one of these from fellow food bloggers:

I’m linking up with Bready Steady Go from Jen’s Food and Utterly Scrummy Food for Families (hosting this month). 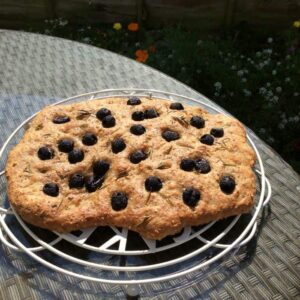 I’m also joining in with Credit Crunch Munch with Fuss Free Flavours and Fab Food 4 All, as I finished two packets of strong bread flour with this recipe, and making your own bread is much cheaper than buying it.