This brioche bread and butter pudding with mincemeat is the ideal comforting dessert for a cold winter’s day and has those traditional Christmas flavours of sweet mincemeat and custard. 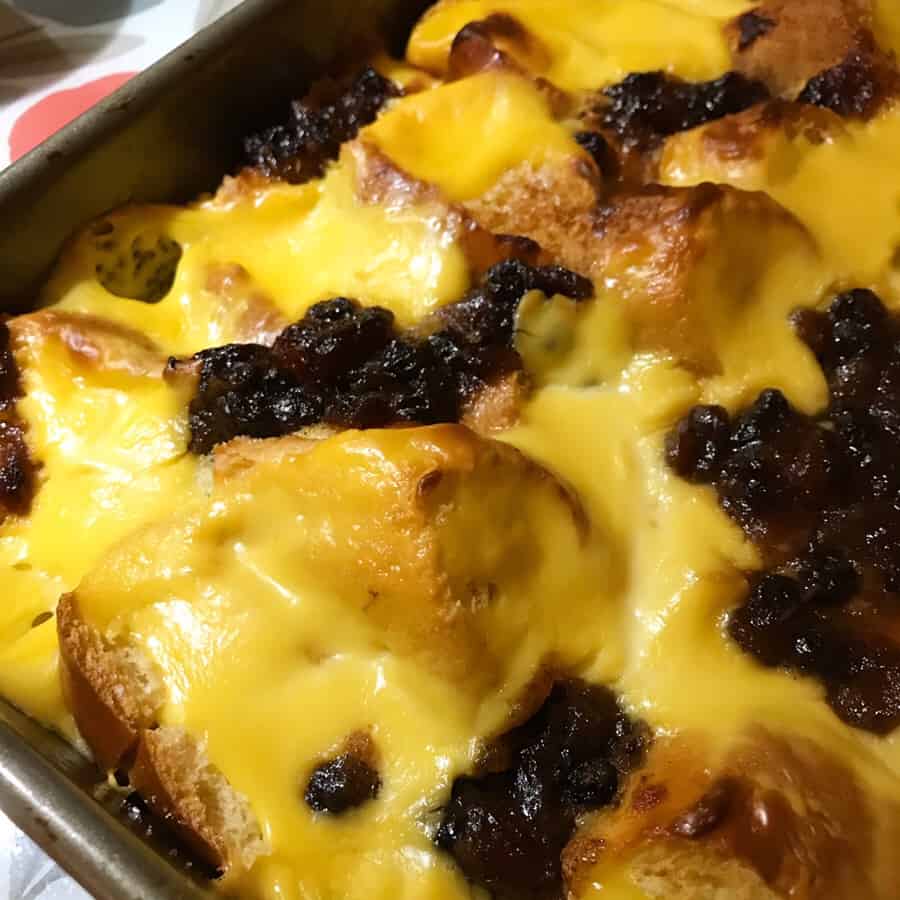 Using up leftovers after Christmas is really satisfying, with this recipe I cleared the cupboard of a jar of mincemeat which wasn’t used to make mince pies, a pack of brioche rolls AND a carton of readymade custard.

It is a great Christmas bread and butter pudding option when you want to use up some of your leftovers.

It is that peculiar time of year when I have no idea what day it is – is it Sunday? No, it turns out to be a random Thursday – and no idea what a normal meal consists of.

Celebrations chocolates are acceptable as a mid-morning snack, a hot chocolate is just a normal drink and for some odd reason none of my clothes seem to fit comfortably…. Bring on the dessert!

That twist takes the traditional English dessert of bread and butter pudding to a new level with the buttery richness of brioche bread.

I also like to use panettone for bread and butter pudding for another festive twist, though I usually make that recipe in the slow cooker.

Adding sweet mincemeat to the brioche pudding gives it a really Christmassy flavour which is great over the festive period.

If you planned to make mince pies but still have some left over then this dessert is a great way to use up those Christmas leftovers!

An indulgent dessert like this can be the last of the Christmas indulgences before the New Year comes and we get back to the normal routine. 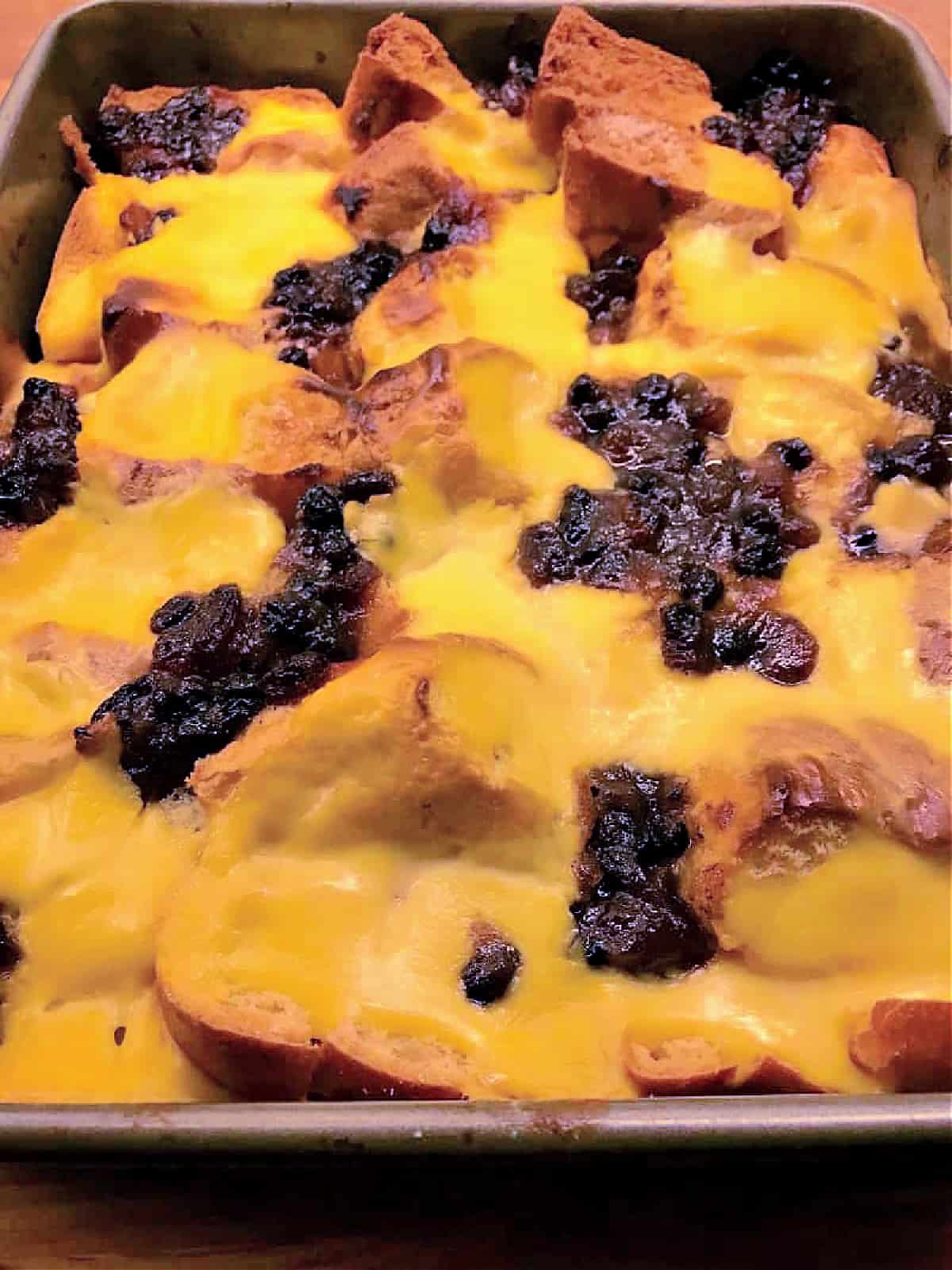 While you could make your own custard for this recipe, I used some shortcuts here and used a carton of readymade luxury custard with clotted cream.

If you make your own make enough for a pint jugful and that should be plenty. 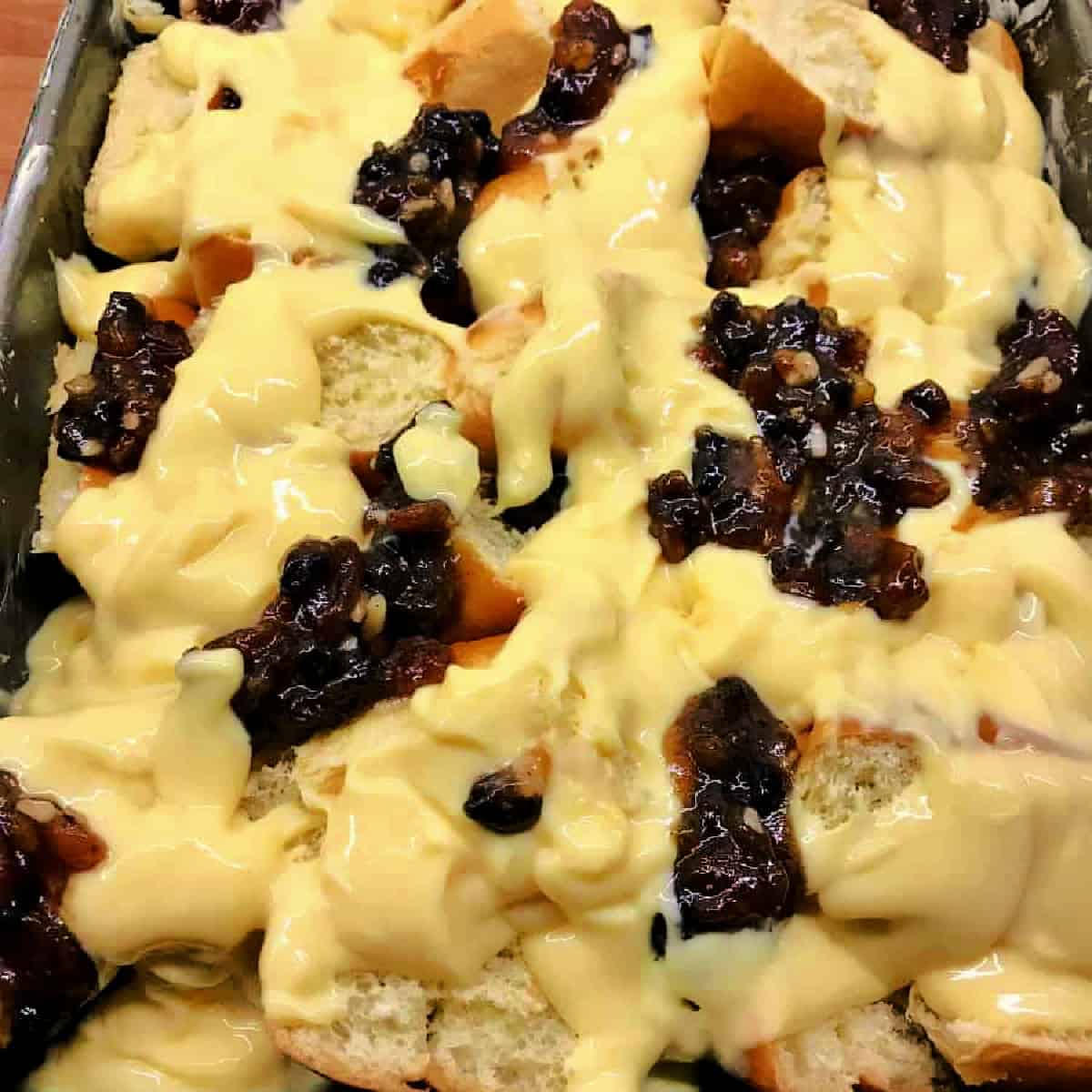 See the recipe at the end of the post for the full details and a printable recipe card.

Look at that rich and unctuous custard, even before baking it looks delicious. After cooking the colour deepens, the brioche crisps up around the edges and in the centre it softens covered in custard. This is set to be your new favourite winter dessert…. 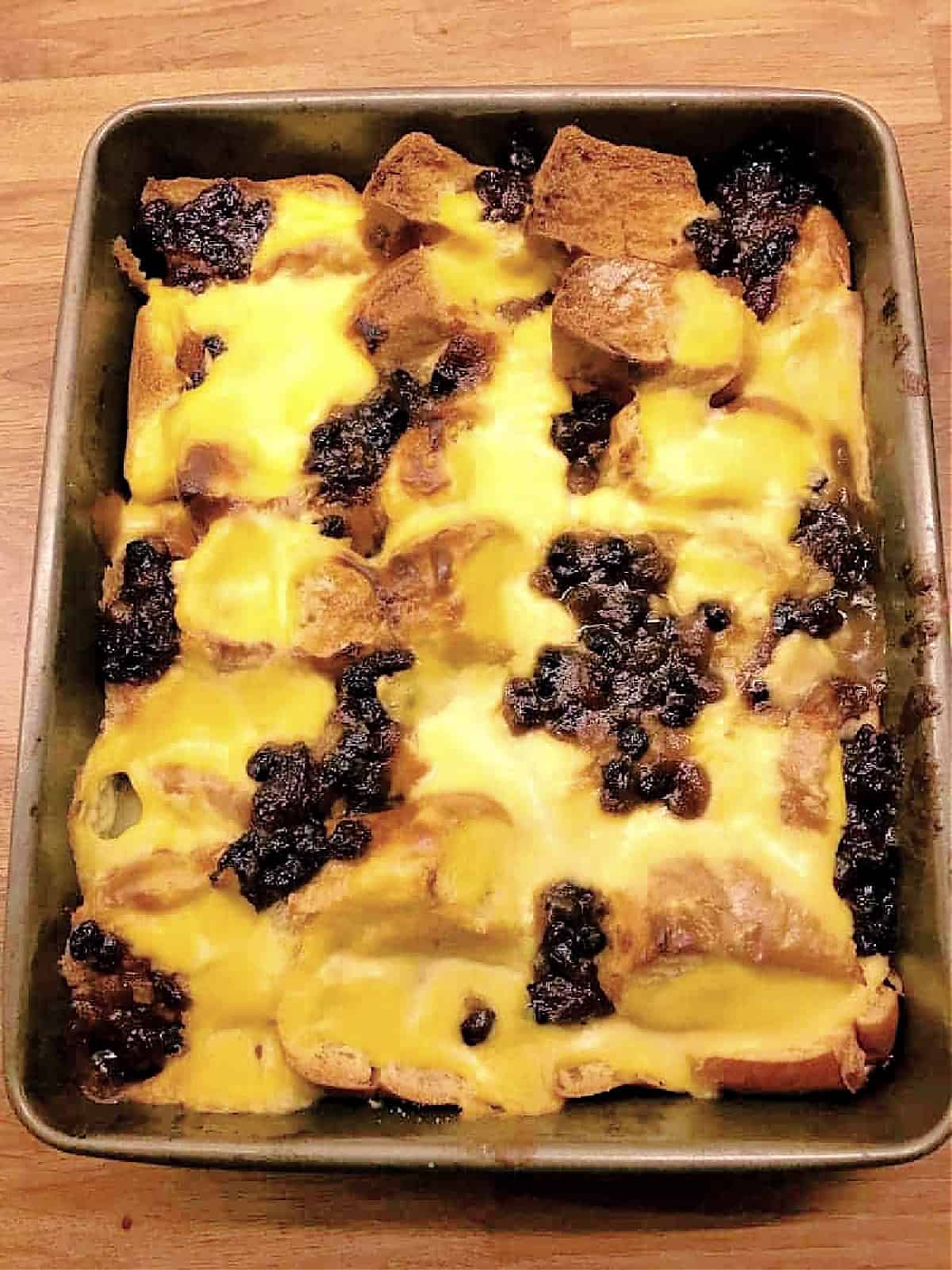 Instead of mincemeat you could flavour your brioche bread and butter pudding with one of these options:

More recipes to use up your leftovers

If you have lots of sweet Christmas leftovers then here are some ideas to use them up: 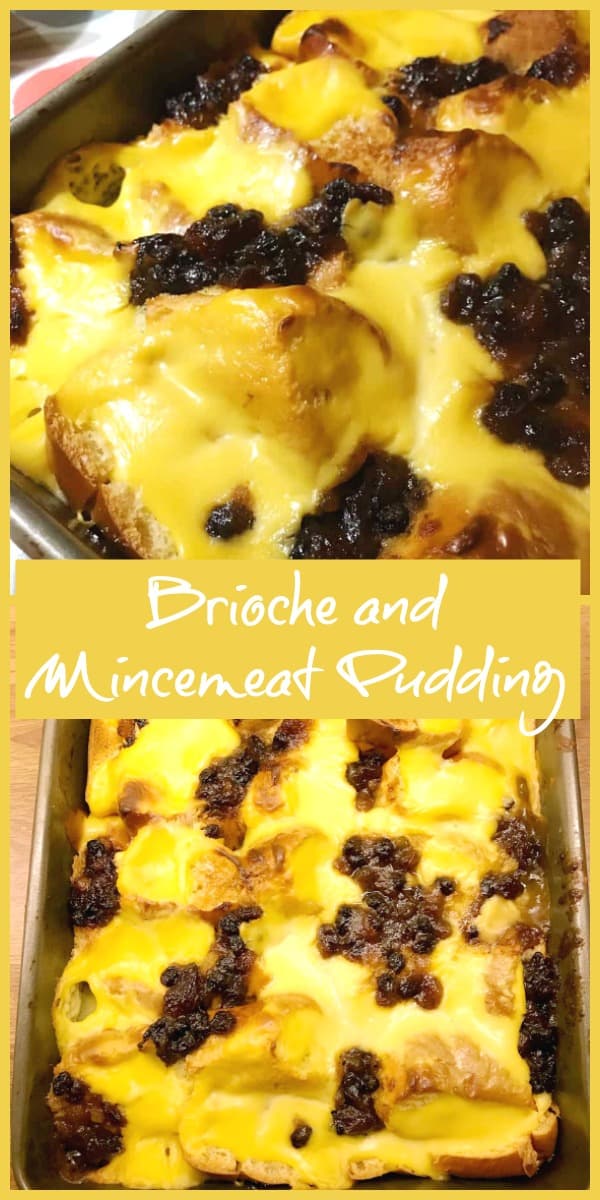 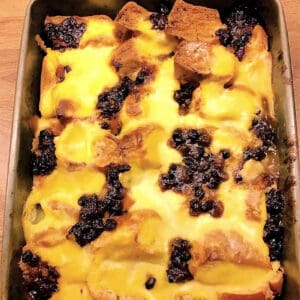 Did you try and love this recipe?Then please leave a review and rating in the comments at the bottom of the post. If you post your creation on Instagram, tag me @bakingqueen74 or use hashtag #bakingqueen74!
« Slow Cooker Gammon Glazed with Maple Syrup
Healthy Slow Cooker Recipes (with WW Smartpoints) »