As it is World Baking Day I baked a cake this evening after a busy day out. My favourite flavours are currently vanilla and chocolate, so I decided to try baking a chocolate and vanilla zebra-striped cake in the slow cooker.

You’ve probably seen zebra cakes before, they are everywhere, with videos showing how to make them doing the rounds on Facebook. 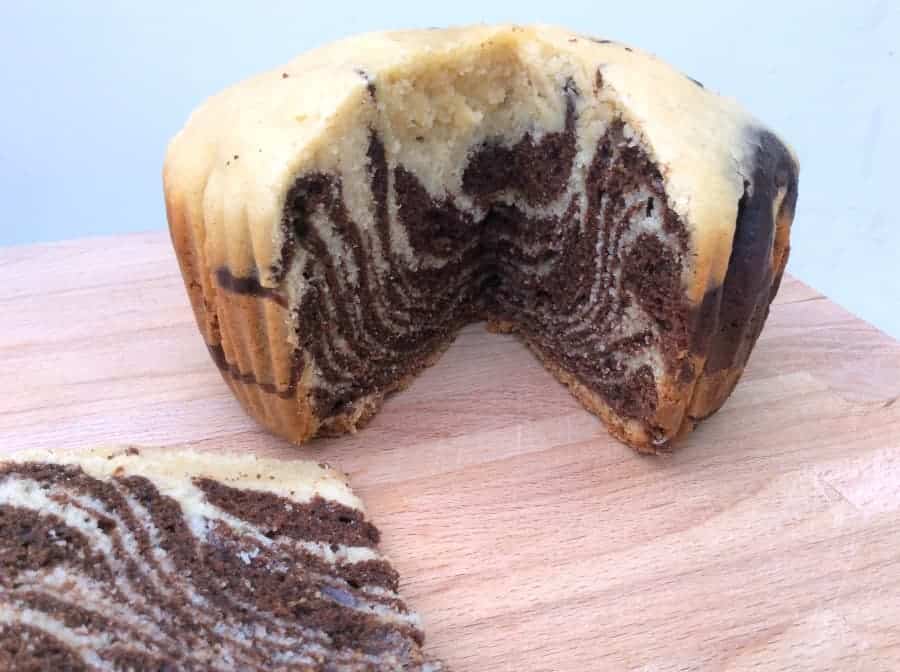 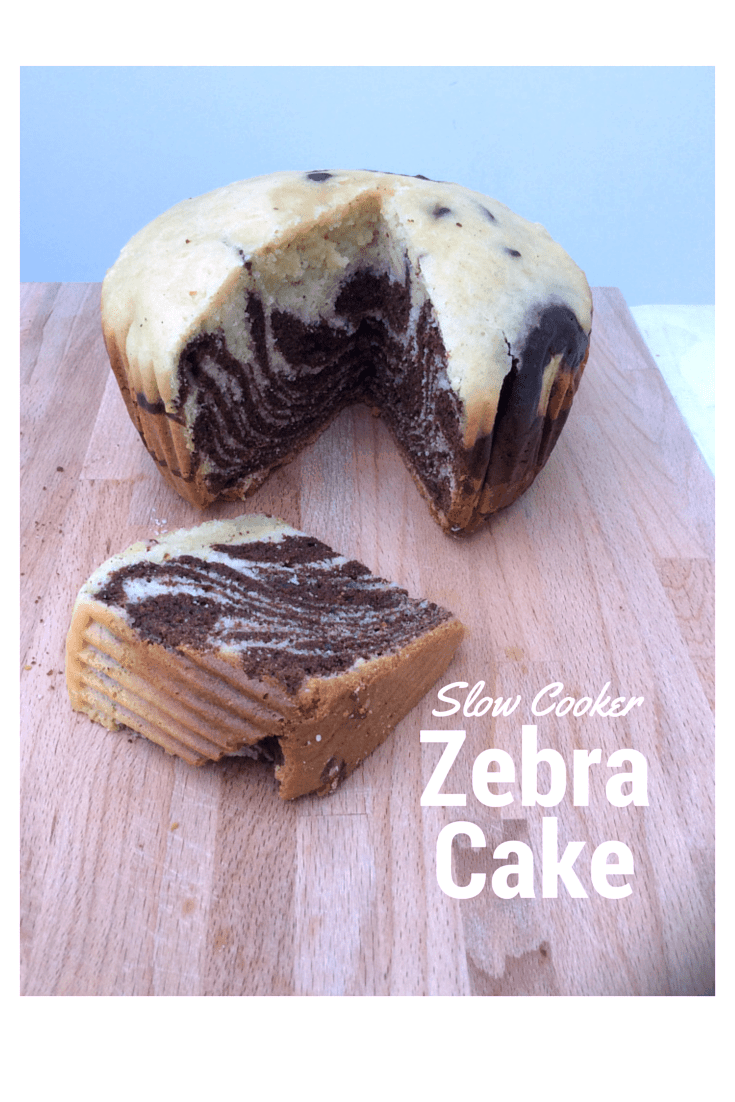 I was amazed to see that the stripe effect worked even in a slow cooker.

Simply spooning the different colours on top of each other creates this great marble-like pattern. You have to be fast! 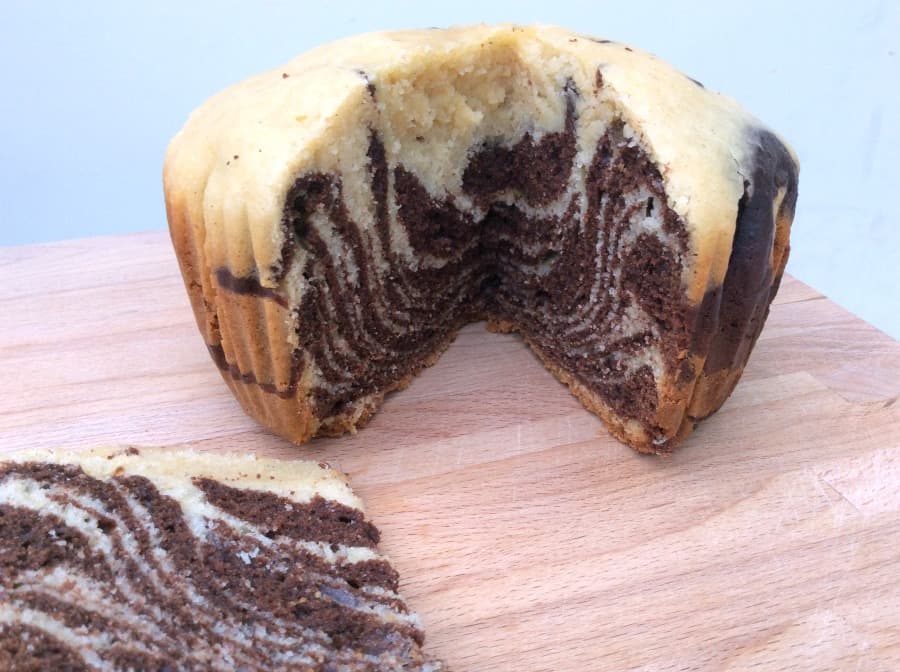 I’ve adapted this recipe from a recipe from BBC Food for zebra cake. The key, from the videos I’ve seen, seems to be using a runny cake batter containing oil and milk so it can be spooned, piped or poured quickly into the case using the vanilla and chocolate mixture alternately.

I used my round, 3.5 litre slow cooker to make this cake. So if you are using a bigger one, you might want to amend the quantities.

I’m linking this recipe up with #CookBlogShare which is guest-hosted by Angela from Patisserie Makes Perfect this fortnight on behalf of Lucy from Supergolden Bakes.

I’m also linking up with We Should Cocoa from Choclette from Tin and Thyme, which is hosted by Karen from Lavender and Lovage this month. The theme for May is vanilla and chocolate. 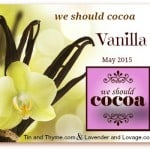 can butter be used instead of the oil ? thanks x

You want it to be runny really so you can make the stripes. I haven’t tried it but it should work if you get the proportions right. Try it and see!

Gosh, I thought I’d commented on this already Lucy. I do apologise. This is such a fabulous looking cake. I guess the clue is in the name, but those stripes are quite striking and very clever. Thanks for joining in with #WeShouldCocoa this month

Thanks Choclette! Not to worry. It was really good and I was pleasantly surprised it worked in the slow cooker.

Reply
Vanilla and Chocolate: The We Should Cocoa Round-Up for May

Great blog enjoyed reading it will be back again soon 🙂

I love this cake and even better that it’s possible in a slow cooker!

Anything is possible in the slow cooker in my view 😉

I really need to have a go at baking in my slow cooker! This looks so good x #cookblogshare

I’ve never made a cake in the slow cooker before, what a great idea. The cake looks fab.

Thanks Angela, I was surprised how well it turned out.

This looks so good Lucy. You must be so pleased with how it turned out. Does cake in the slow cooker stay light and moist? Or does it get quite dense? Thanks for linking to #CookBlogShare

Thanks Angela! They turn out really well, this one rose a lot and was light and moist. Others can be a bit denser but with the moistness it can be a good thing!

Thanks, glad to have you visiting

I must try this recipe. Sounds amazing!

I can’t believe you made it in a slow cooker. That is seriously magic!

Thanks Sisley, it surprised me too!

Reply
Emma @ Supper in the Suburbs

LOVE the idea of a slow cooker cake this looks fab 🙂 simple yet effective. I’m sure it’s delicious.

It was very tasty, thanks Emma

Such a gorgeous looking cake! I really ought to give this slow cooking cake thing a try! 🙂

You must try it Elizabeth!

Reply
All That I'm Eating

This looks delicious, how could anyone resist a slice?!

Lovely, we often make zebra cakes (used to) but never in a slow cooker…. sounds like a fabulous idea! 🙂

Looks amazing. Good to see it worked to well in your slow cooker! 🙂

I was quite amazed too

As always this looks incredible! Yum. 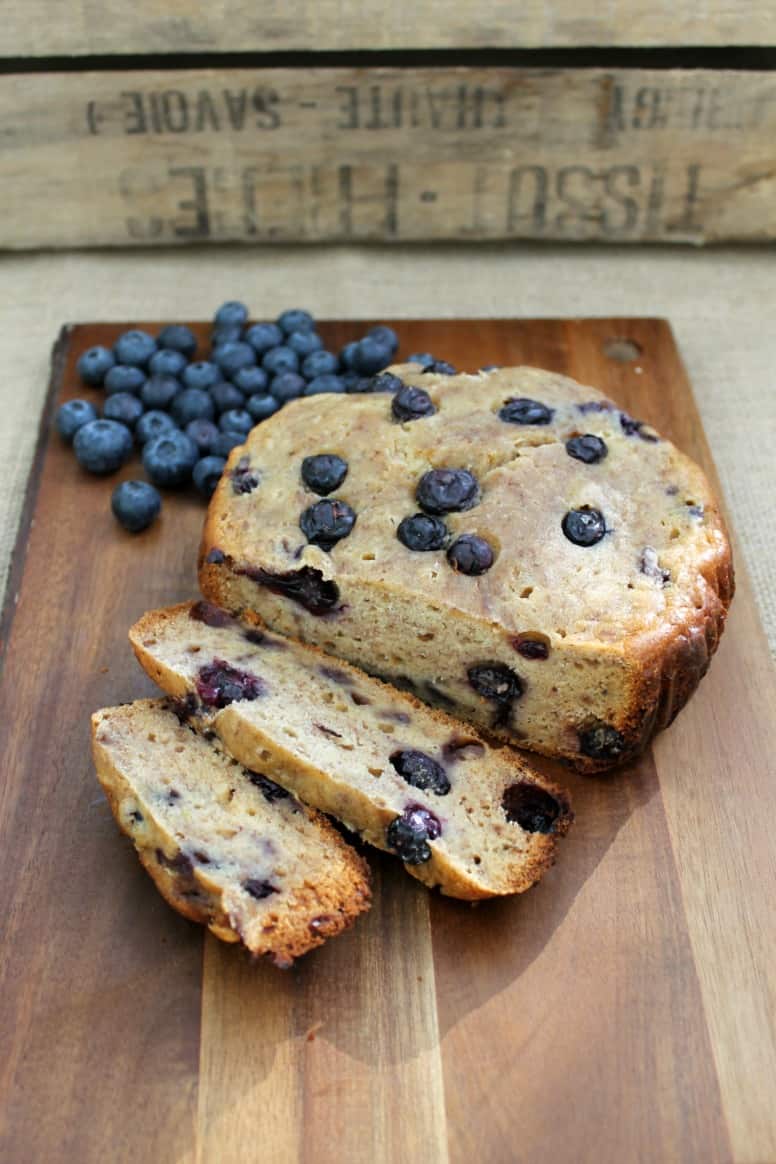 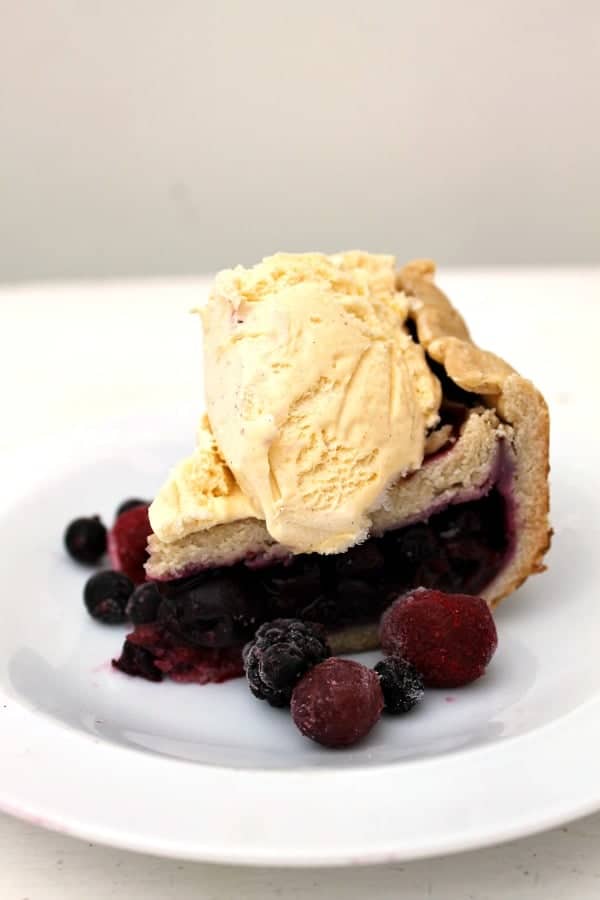 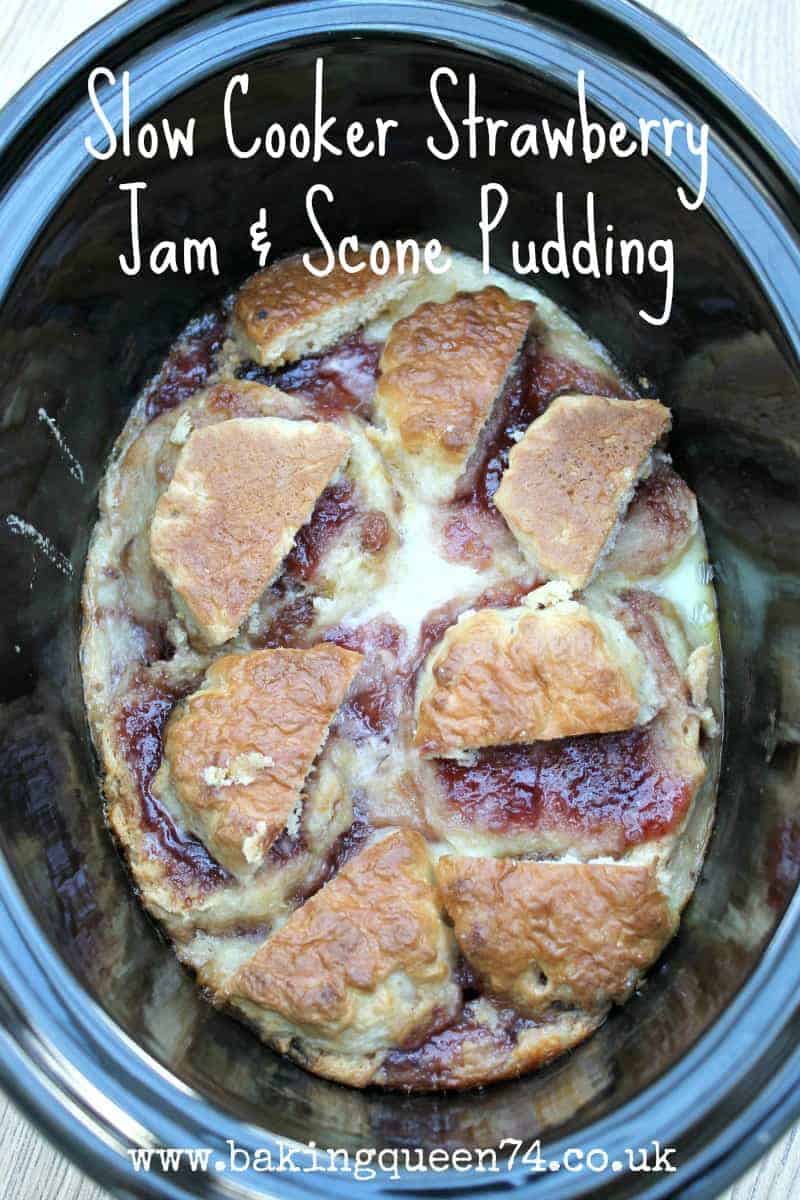 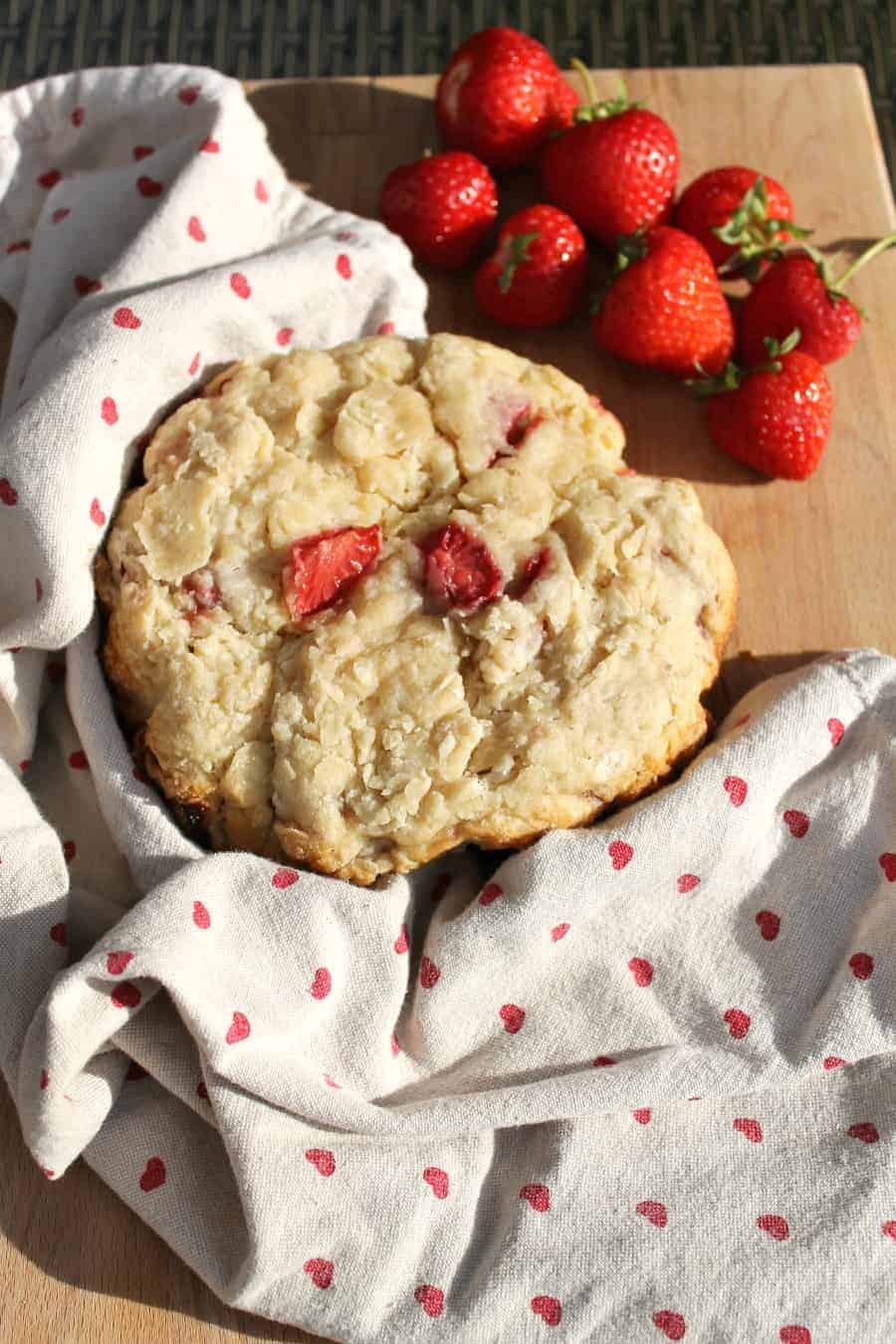 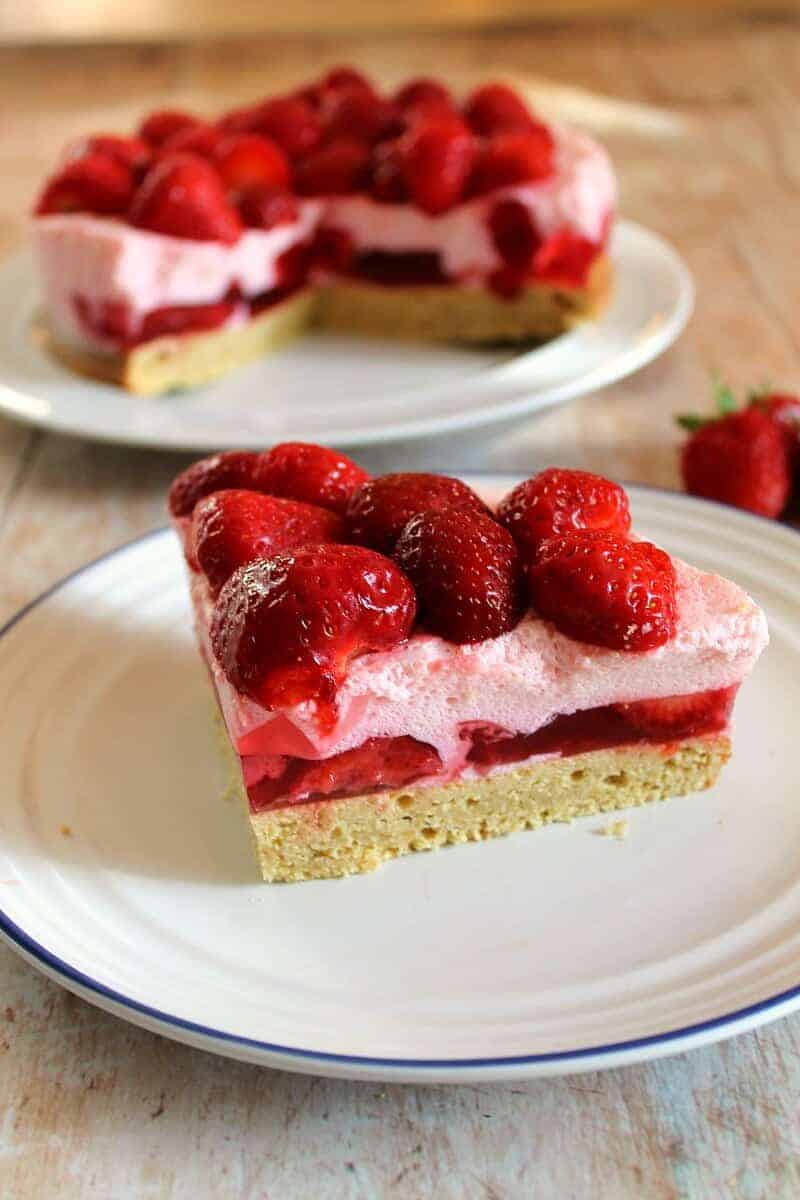 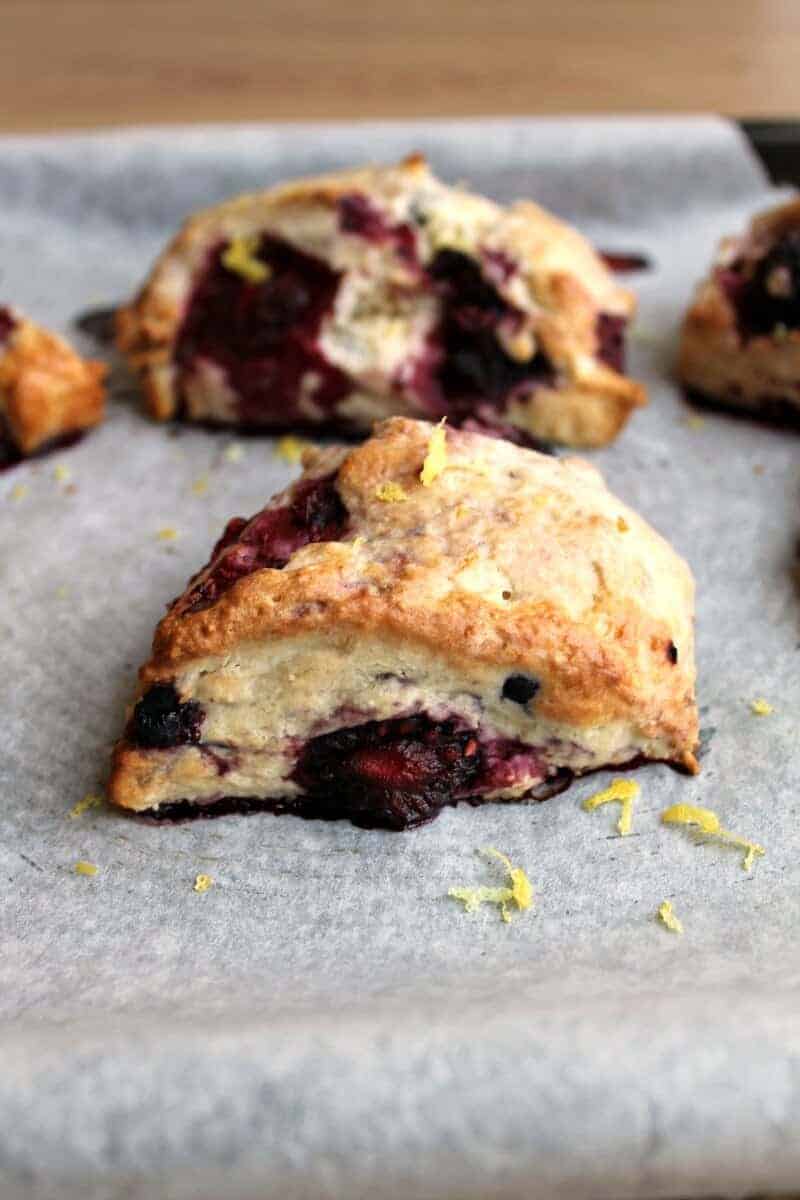 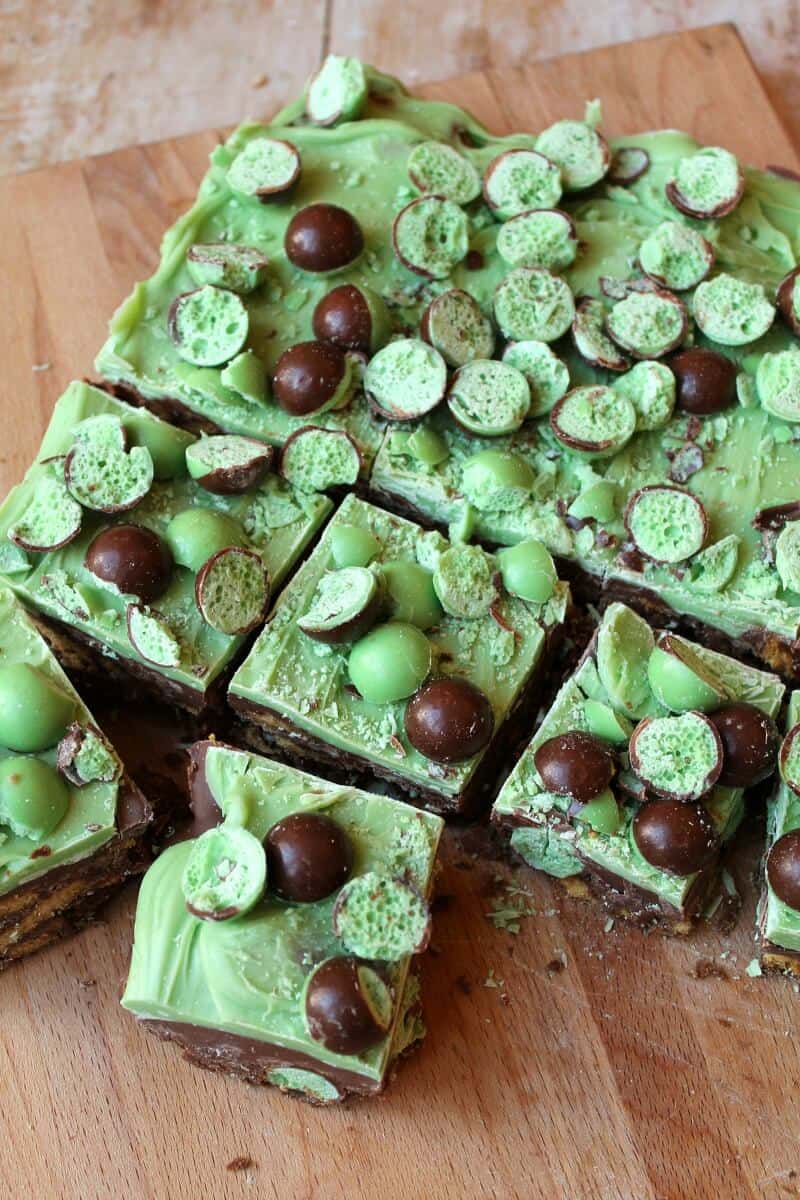